The mathematical reality is that wealth is becoming more important, relative to income. In a new paper,“Capital Is Back: Wealth-Income Ratios in Rich Countries 1700-2010,”Professors Thomas Piketty and Gabriel Zucman of the Paris School of Economics have performed the heroic task of measuring wealth for eight leading economies: the United States, Canada, Britain, France, Italy, Germany, Japan and Australia.
Their estimates reveal some striking trends. For instance, wealth accumulation in these eight countries has risen relative to yearly production. Wealth-to-income ratios in these nations climbed from a range of 200 to 300 percent in 1970 to a range of 400 to 600 percent in 2010. Behind the changing ratios is some bad news, namely that slow productivity growth and slow population growth have depressed income growth, but also some good news — that relative peace and capital gains have preserved wealth. 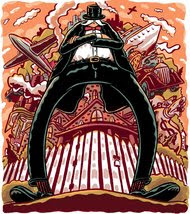 Focusing on the wealth of economies lets us reframe our recent debates about government debt in useful ways. A look at the ratio of debt to gross national product, for example, can be scary, but the ratio of debt to wealth is far less forbidding. If, say, a nation’s debt-to-G.D.P. ratio is 100 percent — often considered a dangerous level — and national wealth is 10 times yearly national income, the debt-to-wealth ratio is thus 10 percent, which is comparable to owing $100,000 on a $1 million home. Not so scary.
Using the wealth numbers provided by Professors Piketty and Zucman, we can understand how Japan, despite a debt-to-G.D.P. ratio of more than 200 percent, can maintain low interest rates; Japan has a wealth-to-income ratio of about 600 percent. In essence, creditors think the Japanese political system will be able to drum up enough support for the requisite taxes, pulled out of national wealth if necessary, when the time comes.
But don’t relax too quickly, because fiscal problems remain very real for many countries. While virtually every government could pay off its debts by taxing wealth, such taxes are often politically unacceptable. In other words, fiscal problems are best regarded as problems of dysfunctional governance. In the recent elections in Italy, the incumbent government lost voter support partly because it addressed the nation’s revenue problems by levying a wealth tax on real estate; the policy remains contentious and may yet be repealed or limited.
And here is a related issue: If there is enough national wealth to pay off debts, it may be harder to arrange bailouts from outside.
In the European Union, countries like Germany may regard the union’s more troubled nations as shirking their fiscal duties, and that makes cooperation harder to achieve. Italy, for instance, is in a fiscal crisis, but it also has an especially high wealth-to-income ratio, at 650 percent, indicating that it could pay off its debt if more of that wealth were taxed. Germany, by contrast, has a much lower wealth-to-income ratio: 400 percent. And though the professors caution that the German data, in particular, may be incomplete, the figures do lend support or at least plausibility to the recent argument that Germany shouldn’t be viewed as the rich uncle of Europe.

Some forms of wealth taxation take hidden forms, such as financial repression. This occurs when a nation’s citizens are required to hold deposits in banks under unfavorable terms — meaning at low interest rates. The banks, in turn, may be required to buy government debt to help finance a budget deficit. For better or worse, this is likely part of a longer-run resolution of fiscal problems in the periphery of the euro zone.


In the United States, wealth taxes are currently limited to a few levies, such as property taxes and inheritance taxes. Capital gains taxes that aren’t indexed to inflation also serve as an implicit wealth tax, because they dig into the body of a person’s capital. Most likely those rates will rise. Like the bank robber Willie Sutton, revenue-hungry governments go “where the money is.”
The coming battles over wealth taxation may prove especially bitter and polarizing. Most wealth has already been subjected to income and other taxes, perhaps multiple times. It doesn’t seem fair to the holders of that wealth to suddenly pay additional taxes on assets that they thought were in the clear, and such taxes would signal that previous policy has failed.
Higher wealth in a nation means that there is more to take, and growing inequality means there are more problems that its government might seek to remedy. At the same time, however, this new economic configuration will mean greater political influence for the holders of that wealth, and that will make higher wealth taxes harder to achieve.
Historically, economists — including me — have generally favored taxes on consumption, on the grounds that they would do the least damage to long-term savings, investment and economic growth. Yet in some eyes, rising wealth will become a tempting target for short-term political gain. And note that while most Republicans currently oppose consumption taxes, they may dislike the relevant alternative, namely wealth taxes, even more.
Get ready to choose a side.

Tyler Cowen is a professor of economics at George Mason University.
Posted by Paulo Roberto de Almeida at 12:53