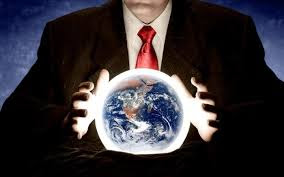 The Brilliance of Thomas Sowell: A Tribute

After writing a weekly (sometimes semi-weekly) column for the last 25 years (here’s an archive of his columns back to 1998), economist, scholar, author and national treasure Thomas Sowell made this announcement in his column today (“Farewell“):


Even the best things come to an end. After enjoying a quarter of a century of writing this column for Creators Syndicate, I have decided to stop. Age 86 is well past the usual retirement age, so the question is not why I am quitting, but why I kept at it so long.

Bonus: In the video below from 2009, Thomas Sowell discusses Obama’s proposed (at that time) health care reform:

This piece ran at the AEI blog

Mark J. Perry is a scholar at the American Enterprise Institute and a professor of economics and finance at the University of Michigan’s Flint campus.
Posted by Paulo Roberto de Almeida at 01:24 Nenhum comentário: