Knowing When to Stop

A perpetual challenge in empire-building is knowing when to let further expansion take a back seat to consolidation. 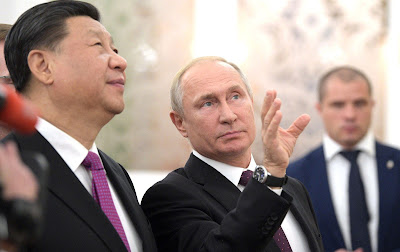 Among foreign policy mandarins in present-day Washington, “spheres of influence” have become anathema. Prior generations of U.S. policymakers thought otherwise. Indeed, no great power in recent history has pursued the concept more assertively, albeit with mixed results. To pretend that spheres of influence are alien to the American tradition of statecraft is to engage in self-deception.

As interpreted today, however, the very phrase smacks of appeasement. It carries the suggestion of selling out the cause of freedom and democracy, a sin for which senior U.S. officials are keen to absolve the nation. A decade ago, Secretary of State Hillary Clinton declared categorically that “The United States does not recognize spheres of influence.”  More recently, Secretary of State Antony Blinken affirmed that statement. “We don’t accept the principle of spheres of influence,” he said. Some scholars go even further, Hal Brands of the Johns Hopkins University arguing that “spheres of influence clash with fundamental tenets of U.S. foreign policy.” Opposing them, Professor Brands asserts, forms an inherent “part of U.S. diplomatic DNA.”

In fact, the United States has historically shown considerable skill in creating and policing spheres of influence. It has done so not out of devotion to abstract principle, but for entirely pragmatic reasons: as a means to construct and uphold situations favorable to the United States. On that score, the Monroe Doctrine (1823) and its Roosevelt Corollary (1904), rate as Exhibits A and B.

Well, that was long ago, some might reply. Devoted more than ever to promoting freedom and democracy, Washington just doesn’t do things that way anymore. By extension, neither should Moscow, Beijing, or anyone else be permitted to do so.

According to Secretary Blinken, the very concept of spheres of influence “should have been retired after World War II.” In point of fact, the passing of World War II increased Washington’s appetite for carving out new spheres. The putative threat posed by international communism seemed to demand as much. The military and economic power wielded by the United States allowed it to flex its muscles on a scale far greater than anything John Quincy Adams (actual architect of the Monroe Doctrine) or Theodore Roosevelt ever imagined.

By the end of the 20th century, America’s spheres of influence spanned the globe, encompassing not only the Western Hemisphere, but also Western (and eventually Eastern) Europe, East Asia, the Persian Gulf, and large swathes of Africa. The chief substantive expression of these several spheres came in the form of proliferating U.S. regional military commands presided over by four-star viceroys. Whatever the euphemisms employed, each of these commands exists to prevent its assigned “Area of Responsibility” from becoming a source of trouble for the United States. To repurpose an old advertising slogan devised by the Sherwin-Williams Paint Company, the Pentagon’s Unified Command Plan “Covers the Earth.’’

It is fascinating to speculate how Washington would respond to Vladimir Putin announcing plans to permanently station Russian troops in, say, Managua, or to China’s President Xi creating a People’s Liberation Army South American Command, with headquarters in Caracas. To answer that question, look no further than the U.S. response to the Soviet deployment of offensive weapons to Cuba in 1962: Washington would go bonkers.

Yet the brush with Armageddon that was the Cuban Missile Crisis does not lessen the fact that respecting Cold War spheres of influence played a large role in averting World War III. Demanding the liberation of Eastern European “captive nations” formed a staple of U.S. Cold War propaganda. The Hungarian Revolution in 1956 and the “Prague Spring” of 1968 offered U.S. presidents an opportunity to translate rhetoric into action. Yet Dwight D. Eisenhower and Lyndon Baines Johnson each in turn passed on the opportunity, tacitly acknowledging that the far side of the East-West divide fell within the Kremlin’s sphere of influence. This was bad news for Hungarians and Czechoslovaks, of course. But arguably it was good news for the survival of humankind.

Building spheres of influence is an exercise in de facto imperialism. A perpetual challenge in empire-building is knowing when to stop, allowing further expansion to take a back seat to consolidation. The United States in our own time offers a master class on how not to do it. Until the last decades of the 20th century, the Middle East occupied the periphery of the American Empire. After 9/11, fully incorporating the region into Washington’s globe-spanning sphere of influence became a priority and the rationale for multiple wars of choice intended to establish American regional primacy. The result was a debacle.

Today Moscow and Beijing each seem intent on delineating a sphere of influence in their own near abroad. Sooner or later each of them will confront the question of where to stop. Who knows? They might even learn from the folly to which the American empire succumbed.

Andrew Bacevich is president of the Quincy Institute for Responsible Statecraft.