On excavating the old “offenses” of Roger Scruton.

Your support is vital to our future. 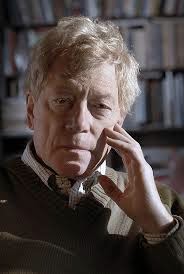 The Need for Nations - Roger Scruton (lecture delivered in Hungary)

*Here is a lecture I recently delivered in Hungary.
The Need for Nations
Roger Scruton
(received: May 2nd, 2014)


For there is no alternative to nationality. If the government in Budapest is to enjoy legitimacy, that legitimacy must come from below, from the people whose unity and identity is expressed in the workings of government. This legitimacy must be inherited by each government, whether right or left, whether minority or majority. It must not be a loyalty of cliques, or a reprimand to the peasantry issued by the intellectuals of Budapest, or an edict issued by the true Hungarians in the villages against the traitors in the city. The electorate itself must be identified in territorial terms, since the jurisdiction is territorial, not ethnic or religious. The alternative is fragmentation, as competing ethnic groups or factional interests form parties whose purpose is not to rule in the interest of everyone, but to pillage for the sake of the group. I don't wish to comment here on the existing political parties in Hungary or to raise the question whether any of them has seen government as an opportunity for plunder rather than a duty to secure the common good. But I do know that, until the institutions of government are seen by Hungarians as representing the country, rather than some faction within it, the government will suffer a deficit of legitimacy. It will them lose its principal advantage over the EU in its battle for the affections of the Hungarian people.
Postado por Paulo Roberto de Almeida às 18:32 Nenhum comentário: