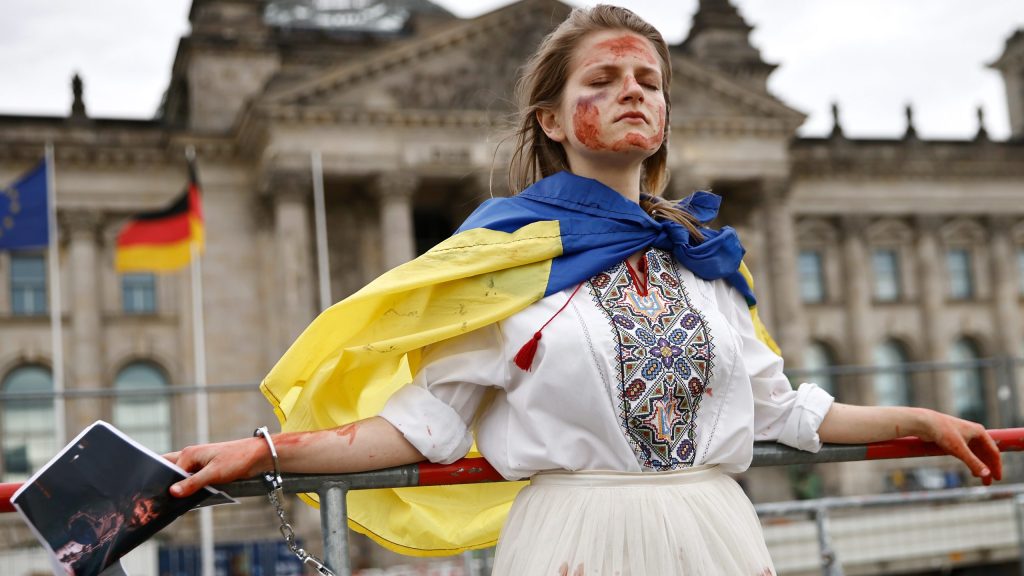 Here are five crucial challenges Ukraine and its global partners and allies must tackle as Russian President Vladimir Putin’s criminal war approaches its most decisive phase.

Some are short-term, while others have generational consequences. But all five are necessary to transform Putin’s murderous authoritarian threat into a historic opportunity for the civilized world to shape a better future.

That’s a long list—and it’s only the beginning.

The bottom line is that unanticipated Ukrainian resilience, resourcefulness, patriotism, and bravery have provided the free world an opportunity not only to save Ukraine, but also to reverse years of democratic drift and authoritarian resurgence.

If the democratic world is to avoid the rule of the jungle replacing the rule of law, now is the time to act.

It will be as important in the years ahead that the transatlantic community embrace Russia and Russians as part of US President George H.W. Bush’s dream of a Europe “whole and free.” Policymakers should already be designing how to make that happen. In the meantime, however, Ukraine’s friends must quell Putin’s revanchist, historically perverted obsession with restoring some false notion of “ancient Rus” through whatever means necessary.

The past week underscored positive momentum toward this end.

Finland and Sweden moved toward NATO membership; the United Kingdom tightened sanctions that cracked Putin’s wall of secrecy around his family and rumored girlfriend; Russian troops appeared to be retreating from Kharkiv, Ukraine’s second-largest city; and Ukrainian troops began launching a counteroffensive toward the eastern city of Izyum, targeting Russian supply lines to the Donbas region.

On Sunday, Finnish President Sauli Niinisto and Prime Minister Sanna Marin jointly announced that their country would apply for Alliance membership. “This is a historic day,” Niinisto said. “A new era begins.”

Reportedly, Sweden could arrive at the same decision as early as Monday.

For those misguided voices who still argue that NATO membership destabilizes rather than secures a more peaceful Europe, talk to officials in these two countries—who have watched the three Baltic members of NATO remain secure while Russia overran Ukraine, a non-NATO member.

Erdogan represents the greatest opposition thus far to Sweden and Finnish membership, based on what Turkey says is Sweden’s long-standing sheltering of Kurdish terrorists. Yet his language suggests this is more of a negotiating ploy than an immovable object: “At the moment, we are following the developments regarding Sweden and Finland, but we don’t hold positive views,” he said.

Not only has Putin’s war failed to take Ukraine, but it has also prompted global shifts that go far beyond Finland and Sweden.

Upon receiving a Distinguished Leadership Award from the Atlantic Council on May 11, Italian Prime Minister Mario Draghi said Russia’s invasion of Ukraine has caused “a paradigm shift in geopolitics.”

Added Draghi: “It has strengthened the ties between the European Union and the United States, isolated Moscow, raised deep questions for China. These changes are still ongoing, but one thing is certain: They are bound to stay with us for a long, long time.”

“We must continue to support the bravery of the Ukrainians as they fight for their freedom and for the security of us all,” he said. There should be peace, he argued, but added that “[i]t will be up to Ukrainians to decide the terms of this peace, and no one else.”

The threats of historic nature have been clear since Putin began assembling his troops last year for the February 24 attack. Now, Draghi argued, the opportunities are clearer.

“The war in Ukraine has the potential to bring the European Union even closer together,” he said. “We must remember the urgency of the moment, the magnitude of the challenge. This is Europe’s hour and we must seize it. The choices the European faces are brutally simple. We can be masters of our own destiny or slaves to the decisions of others.”

What makes Draghi optimistic is that Europe isn’t tackling this alone, but is strengthened by the “timeless bond” of transatlantic relations.

The test now is whether the current unity and momentum of Ukraine’s friends can withstand Putin’s escalating brutality and their own fatigue.

This article originally appeared on CNBC.com

Frederick Kempe is president and chief executive officer of the Atlantic Council. You can follow him on Twitter @FredKempe.

Between the heroism of Ukraine’s defenders and his own wild miscalculations of Russia’s military ability, Putin’s attempt to create a propaganda narrative to justify his invasion of Ukraine has largely collapsed. That has left Putin only World War II mythmaking to fall back on—and Applebaum illustrates how even that is based on lies.

“In practice, Putinism is a powerful but ultimately empty ideology,” she writes. “Its propaganda divides people from one another, creates suspicion, and promotes apathy. State media put forth multiple nonsensical explanations for reality, including multiple nonsensical reasons for the invasion of Ukraine. In different tellings, Ukraine, a democratic state led by a Jewish president, is ‘Nazi,’ is Russian, is a Western puppet, is nonexistent. Alongside these stories, Russians are spoon-fed cynicism, mockery, and nihilism.”

Applebaum continues: “If he wants to expand the current conflict—if he wants to persuade millions of people to sacrifice their lives and their fortunes to fight across Europe once again—he will need to provide a far more powerful motivation, a far deeper reason to fight, something other than this war’s alleged resemblance to a past tragedy.” Read more →

In Foreign Affairs, Alexander Vindman explains why the United States must push for a peace settlement that not only holds off Russia—but defeats it.

“As it stands,” he writes, “the United States has missed one opportunity after the other to help precipitate a decisive Ukrainian victory and stop Russia from making gains in the Donbas. Instead of foreclosing the possibility of a Russian success, Washington’s strategy of metering incremental military aid to Ukraine—based on a flawed assessment of the risk of escalation and the potential consequences of a Russian defeat—has provided Moscow with the time and space to continue its war, even as it now shifts to defending the territory it has seized since February 24.” Read more →

#3 How Ukrainians Saved Their Capital
Luke Mogelson | THE NEW YORKER

The Atlantic Council honored the Ukrainian people as a whole this week with a Distinguished Leadership Award for their heroism in the fight against Russia’s invasion. As President Volodymyr Zelenskyy said in his remarks, “[W]e must say and remember that behind the courage and wisdom of our people, there are thousands of real stories, names, and heroic feats.”

One such story is that of a violinist who volunteered for the Ukrainian military in 2014 after a policeman broke her hand during a political protest. Another tracks the life of an eighty-four-year-old woman with, Mogelson wrote, “shrapnel wounds to her groin and abdomen. She did not cry out. When a medic commented on her grit, the woman said that she had also survived the Second World War.” Read more →

As Xi hurtles toward what he hopes will be his inevitable reelection as China’s leader later this year, Rudd writes: “Recent economic assessments have predicted a sharply slowing Chinese growth trajectory, to around 3% by 2030 and 2% by 2050. If this proves to be the case and Mr. Xi doesn’t radically change course, the global strategic and economic significance will be profound. China would cease being the world’s growth engine. It may not surpass the U.S. as the world’s largest economy by decade’s end after all—and if it does, it won’t be by much.”

Yet although China’s economic woes are of Xi’s own making, don’t expect him to admit that: As Rudd notes, the only way to a better economic future is for the leader to change course. “But given his Marxist-Leninist ideological predilections, that will be hard,” Rudd concludes. Read more →

The Atlantic Council on Wednesday held its Distinguished Leadership Awards dinner, an annual salute to individuals whose leadership contributes to a better world. Atop the list of recipients this year were Italian Prime Minister Mario Draghi and, for the first time, an entire nation: the people of Ukraine.

The acceptance speeches by Draghi and Zelenskyy are worth reading for the insight they provide into our historic moment and the bravery and resilience of the Ukrainian people.

“This is Europe’s hour and we must seize it,” Draghi said. “The choices the European faces are brutally simple. We can be masters of our own destiny or slaves to the decisions of others.”

Zelenskyy, meanwhile, said: “Do not be afraid and come to Ukraine. Hear thousands of similar stories about us, Ukrainians. Look into their brave eyes, shake their strong hands, and you will see that they are doing all this not for glory, that they need not only awards, but also concrete help and support. Weapons, equipment, financial support, sanctions on Russia, and the most important: the feeling that in this difficult struggle, they are not alone, that they are supported by you, by the whole world—free states and free nations of our planet.” Read more →