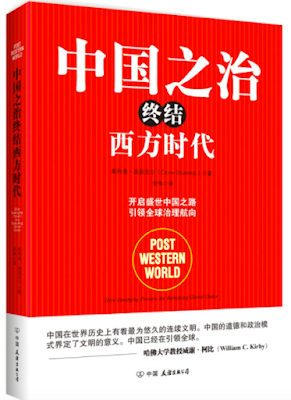 Ten years ago, leaders from India, Brazil and South Africa, which had just launched the trilateral IBSA grouping, decided to join forces as so-called "emerging donors" and established the IBSA Fund, which would come to symbolize their efforts to promote "South-South cooperation". For the past ten years, policy makers involved in the IBSA process frequently and proudly point to the IBSA Fund's great success. Yet what exactly is the IBSA Fund? More importantly, does it matter?

The IBSA Facility Fund for Alleviation of Poverty and Hunger was created in 2004 and became operational in 2006. Countries decided to contribute an annual amount of US $ 1 million. According to the IBSA governments, the Trust Fund operates through a demand-driven approach. Governments of developing countries requesting support by this fund initiate discussions with focal points appointed among IBSA countries’ officers around the world. These focal points then submit proposals to the IBSA board of directors for review. If a proposal receives a favorable review, UNDP’s Special Unit for South-South Cooperation, which acts as the Fund's  manager and board of directors’ secretariat, initiates contact with a potential executing agency to advance a project formulation, and to facilitate the project’s implementation.

IBSA projects are executed through partnerships with the UN’s Development Program, national institutions or local governments. Important concerns of IBSA partners in the design of their projects include capacity building among projects’ beneficiaries, build-in project sustainability and knowledge sharing among Southern experts and institutions.

The IBSA Fund finances or has financed projects in Haiti, Guinea Bissau, Cape Verde, Burundi, Palestine, Cambodia, Lao PDR and Sierra Leone. Until today, a series of small projects in developing countries in Latin America, Africa and Asia have been implemented. For example, in Burundi, the IBSA Fund supported, until 2012, a project to increase the government’s capacity to combat HIV/ AIDS. In Cape Verde, a public health center was reformed and modernized in 2008. In Guinea Bissau, an agricultural project was implemented until 2007. In a second phase, operationalized by 2011, the project was expanded. In Haiti, a waste collection project was supported in Port-au-Prince, finalized in 2011. A sports complex has been completed and inaugurated in 2011 in Ramallah under the IBSA Fund. In 2012, the refurbishment of a hospital in Gaza began.

While such cooperation is notable, even IBSA-enthusiasts must admit that the amounts involved remain extremely small compared to existing development institutions. While policy makers officially hail the IBSA Fund as a centerpiece of the grouping, former diplomats concede that a lack of political will is the only way to explain why the fund remains so small – in particular when considering that all IBSA members spend far larger amounts on bilateral development and humanitarian aid.

Rajiv Bhatia, who served as India's High Commissioner to South Africa from 2006-09, commented that “IBSA assistance is too limited, with each member-state contributing just $1 million annually. Surely, they can afford to be more generous. If IBSA truly wants to make a difference, it should step up its assistance, expedite its decision-making and undertake more projects.”

Governments point out in response that the IBSA Fund is meant to develop “new paradigms” and can thus be successful even while maintaining its small size. Yet several development experts who are not involved in the IBSA Fund pointed out that unless the funds’ size increases, it is virtually impossible to judge its scalability – i.e., in how far others can learn from and copy the IBSA Fund’s strategy.

As a consequence, several observes have called on the fund to be expanded if it is to be taken seriously. Lyal White argues that, if countries committed more financial resources, the Fund could become IBSA’s “flagship and its interface with the developing world.” He recommends that a greater part of Brazilian, Indian and South African bilateral aid should be incorporated into an enlarged IBSA development fund.

Notably, civil society organizations have criticized the IBSA Fund for its lack of transparency. Laura Waisbich of Conectas, a Brazilian human rights NGO, argues that

apart from the annual report which retrospectively gives broad details of projects undertaken by the IBSA Fund, there is very little information on IBSA projects. The website dedicated to the Fund shields any information of relevance, with passwords. An interested citizen has no access to information on - the selection process of projects, the projected timeline, details of sub-contractors, impact assessment reports, target beneficiaries, overall project assessment, etc.

Waisbich writes about a conversation with Vrinda Choraria, from the Delhi-based Commonwealth Human Rights Initiative, who had argued that

this lack of information on the Fund is frustrating as even a recent exercise of filing formal requests under the respective information laws, by organisations based in the three countries elicited no relevant information. (..) It is perplexing that a Fund that the three countries promote as a symbol of cooperation and assistance should be shrouded in such secrecy.

Finally, she reports that an information request to the UN Office for South-South Cooperation in United Nations Development Programme, which manages the IBSA fund, under its information disclosure policy, did not provide the information that was sought.

The incapacity of civil society to monitor and assess the impact of IBSA Fund projects reduces the buy-in of NGOs and public opinion makers, which directly impacts the grouping’s image in India’s, Brazil’s and South Africa’s civil society. On the IBSA Fund’s website, a project description affirms that a project in Guinea Bissau was “received positively in the local oficial press” - yet inviting independent NGOs to visit and evaluate the projects would certainly enhance trust in the IBSA Fund.

The IBSA Fund - one of the IBSA groupings few elements that produced tangible results - is a great idea that may not only alleviate poverty, but also enhance the debate about innovative ways of poverty reduction and South-South cooperation in more general. Yet in order to make a serious contribution in the global debate, IBSA governments should dramatically enhance financial support, and make the Fund's operation more transparent.
Postado por Paulo Roberto de Almeida às 04:52 Um comentário: