'Democracy May Have Had Its Day'

New Haven, Conn.
Donald Kagan is engaging in one last argument. For his "farewell lecture" here at Yale on Thursday afternoon, the 80-year-old scholar of ancient Greece—whose four-volume history of the Peloponnesian War inspired comparisons to Edward Gibbon's Roman history—uncorked a biting critique of American higher education.
Universities, he proposed, are failing students and hurting American democracy. Curricula are "individualized, unfocused and scattered." On campus, he said, "I find a kind of cultural void, an ignorance of the past, a sense of rootlessness and aimlessness." Rare are "faculty with atypical views," he charged. "Still rarer is an informed understanding of the traditions and institutions of our Western civilization and of our country and an appreciation of their special qualities and values." He counseled schools to adopt "a common core of studies" in the history, literature and philosophy "of our culture." By "our" he means Western.
This might once have been called incitement. In 1990, as dean of Yale College, Mr. Kagan argued for the centrality of the study of Western civilization in an "infamous" (his phrase) address to incoming freshmen. A storm followed. He was called a racist—or as the campus daily more politely editorialized, a peddler of "European cultural arrogance."
Not so now. Mr. Kagan received a long standing ovation from students and alumni in the packed auditorium. Heading into retirement, he has been feted as a beloved and popular teacher and Yale icon. The PC wars of the 1990s feel dated. Maybe, as one undergrad told me after the lecture, "the pendulum has started to swing back" toward traditional values in education.
Mr. Kagan offers another explanation. "You can't have a fight," he says one recent day at his office, "because you don't have two sides. The other side won."
Enlarge Image 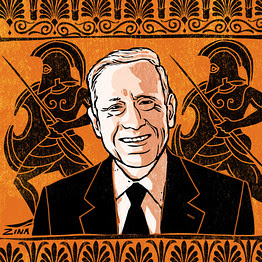 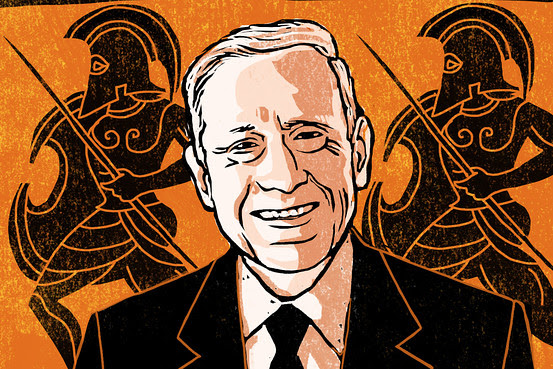