FROM SCOTLAND TO THE SOUTH OF THE MEDITERRANEAN.
THE THOUGHT OF ADAM SMITH THROUGH EUROPE AND BEYOND
International Conference
History of Economics Society and
University of Palermo, Sicily (Italy)
6-7 July 2017 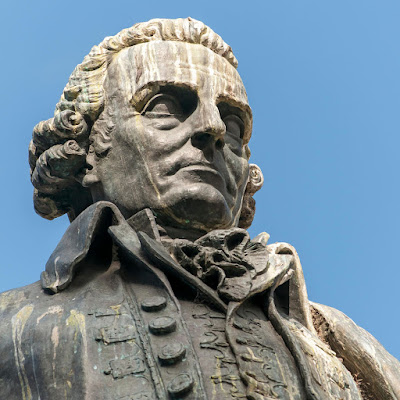 Adam Smith is one of those authors who have left a very profound sign in the history of ideas. An influence that has contributed to model not only the culture but also the institutions and the policy of the modern society and that can be explained by observing the international spread of his thought, which reached every corner of the world in a short lapse of time.

Yet, the reception of Smithian ideas was not a unique and uniform process, equal for every country, because different regional contexts conditioned it. Smith's works made entry through institutional, cultural, linguistic, religious, and political filters which were not neutral and which affected the reading, understanding and use of them.

Europe and the Mediterranean are two geographical areas - but not the only - to observe the spread of Smithian thought because of the rich pluralism characterizing their regions and nations. With reference to this prospective, the University of Palermo – supported by the History of Economics Society (HES New Initiatives Fund) – invites proposals for papers and/or sessions along the lines listed below or on others relevant to develop this prospective of inquiry.
The thematic directions suggested are:

•Adam Smith, the Scottish Enlightenment and the European Enlightenment: similarities, differences in methods and analysis, influences, intellectual disagreements;
•The intellectual link between Smith’s teaching and the development of a national style of economics in the various countries from the 18th century to the 19th and 20th centuries;
•The reception of Smithian thoughts in different religious frameworks: Catholic, Protestant, Orthodox, Muslim and Jewish;
•Smithian liberalism as an intellectual source of the liberal revolutionary phase that in the 19th century changed the political and economic face of Europe and the Mediterranean;
•The works of Adam Smith: language, style, translations.

For further information on the conference (venue, registration, accommodation) see the conference website at:
http://www.unipa.it/dipartimenti/seas/SmithConference/