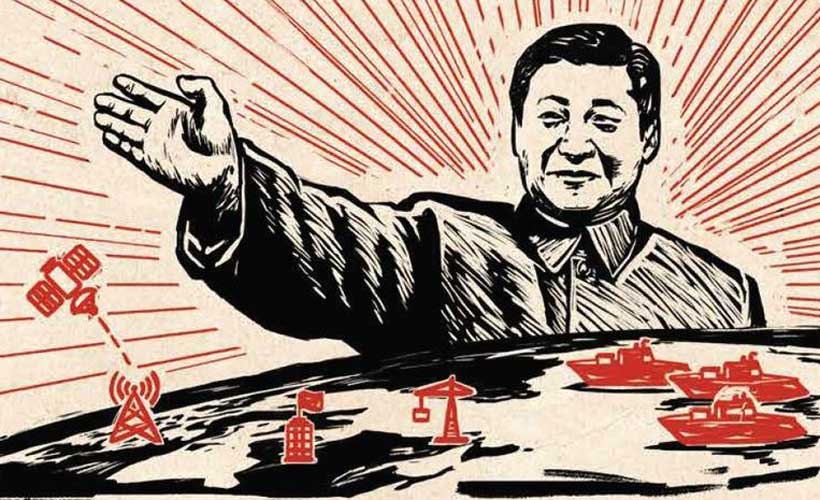 This book is quite helpful for comprehending China’s foreign policy throughout the past four decades. China’s strategy and progress as a global force, according to the author, may be divided into three periods:

This is a lengthy and comprehensive analysis of China’s economic and military development over the past many decades. The narrative opens with an explanation of the CCP and what strategy implies. The genuine first section of the text commences from 1989 with the Tiananmen Square movement, the Gulf War, and the collapse of The Soviet Union. The author refers to these three factors as the “trifecta” that produced a new feeling of urgency in China to devise a strategy to confront the development of American dominance. Due to the recent economic openness with the United States, the procedure was intended to be slow yet thorough. At this point, China started to perceive the United States as a danger that ought to be “blunted.” The book then goes on to describe in great depth the institutions and military strategy the Chinese have established in order to establish a military force capable of countering the growing US challenge to their rule.

The second section of the book is much more contemporary, commencing with the 2008 global financial crisis and circling the Obama presidency. In this era concluding in 2017, the military, political, and economic entanglements are discussed individually (each in its own chapter). During the Trump presidency, the competition involving China and the United States began to become an integral aspect of the actual regional pivot. This third section begins there and is a much more informed conversation of the current situation between China and the United States. This new assertiveness is highlighted by Xi Jinping’s elevation to permanent leader of the CCP, having his tenure commencing in 2013 with the confirmation happening in 2018. China has becoming increasingly forceful, and the last chapter explains the story underneath the news items. The AIIB as well as BRI are discussed alongside Taiwan and certain other contentious issues. China had already risen, or the sluggish progress has become a pressing matter for China and the United States, the two remaining significant participants. China is assuming leadership of an increasing number of multilateral institutions, as the final section demonstrates in detail.

Although the concepts in the book are really intriguing, some portions might get tedious and monotonous. Every chapter and part start with a brief explanation of a concept. The author thereafter attempts to elaborate upon it with several facts and quotations from Chinese officials. It is not an easy read, but the material in the few chapters makes it worthwhile, especially the chapters involving China’s accession to WTO and their naval power projection after the global financial crisis of 2008. For example, with respect to WTO accession, it has been explicitly mentioned by author in one of his explanations that “China willing to make significant economic concessions for permanent MFN status—in effect trading away some of the benefits of protectionism for the security and strategic benefits that a deal would bring by reducing the risk of US economic coercion.”[1]

While the story behind China’s 1st aircraft carrier acquisition had some very interesting anecdotes such as “To avoid Western opposition to the purchase—and given China’s own reluctance to depart from the “hiding capabilities and biding time” guideline with a flashy public carrier acquisition that could frighten others. Almost immediately after signing on, Xu got to work cultivating an image as an outlandish tycoon who wanted to use the carrier to build a floating casino in Macao.”[2]

The abbreviations are infrequent enough to be manageable, but the content is much more of an academic observation than the kind of simple reading one may find otherwise. The book is presented from a narrow perspective (from the perspective of the America); however, it is ever more intriguing since it justifies to a considerable part the present strategy of the United States and the Biden presidency concerning China. A pictographic representation of data, maps, timelines etc. would have piqued the interest of the reader rather than just simple representation of data in the books, which would have made this book palatable to all kinds of readers (not just academic).

Nonetheless, the author has explained his reasoning rather effectively, and the book covers on extremely crucial subjects to comprehend the rationale of great power conflict in the twenty-first century, with a significant amount of anecdotal evidence with a solid understanding of realist theory. Anybody interested in understanding China’s previous, current, and foreseeable objectives including grand strategy should definitely read this book.