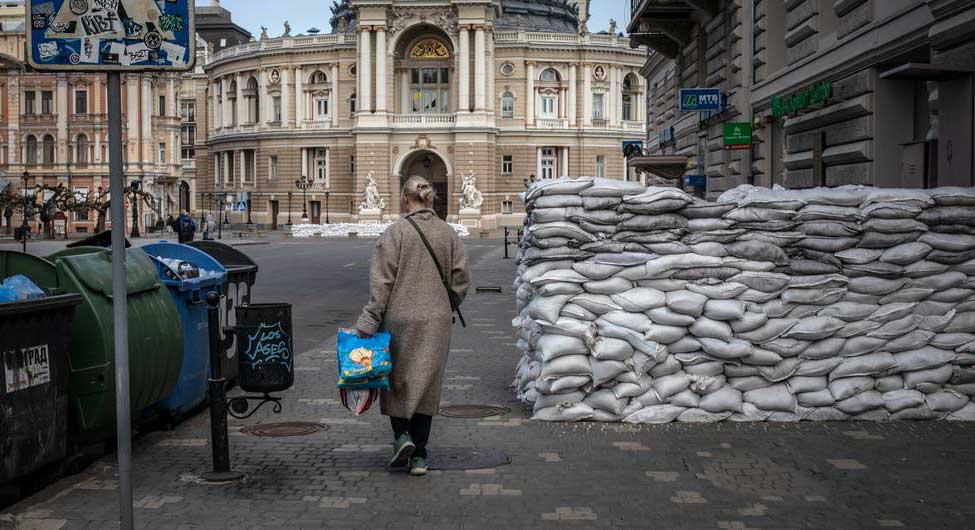 The conflict in Ukraine will have major strategic consequences for Chinese foreign policy in the Indo-Pacific. It will promote the deepening of Russian–Chinese economic cooperation that will make both countries more resilient to Western economic pressure. Long-term instability in Europe will make it more difficult for the United States to boost its Pacific presence for years to come with significant US financial and military resources being drawn toward supporting Ukraine.

The conflict has demonstrated that the West is not able to impose sanctions on a major economy without damaging its own stability. The war has also shown the effectiveness of the Russian nuclear deterrent, making even a limited Western intervention unthinkable.

China will be the main beneficiary of the Ukraine crisis. But this is not reflected in China’s political rhetoric which has been carefully calculated to avoid any major fallout with the European Union and other developed countries, while also maintaining close cooperation with Russia.

The official Chinese position has remained consistent with the statement made by Chinese Foreign Minister Wang Yi in February 2022 at the outbreak of the war: China is concerned with the violence and wants it to stop. It maintains that the territorial integrity and security interests of all parties need to be respected. China also maintains that NATO enlargement is partially responsible for the crisis.

On the economic front, China has seized the major strategic opportunities provided by the war. During the first four months of 2022, trade between Russia and China increased by 25.9 per cent. Russian exports to China grew by 37.8 per cent, to US$30.85 billion. The physical volume of natural gas exports also jumped 15 per cent.

China is in line to supplant the European Union as Russia’s main economic partner. The Chinese Ambassador to Russia Zhang Hanhui has called upon Chinese businesspeople to ‘fill the void’ left in the Russian market by outgoing Western businesses. Cooperation with China has contributed to Russia’s federal budget surplus between January–April 2022 despite the war. Maintaining this financial and economic stability appears to be Russia’s strategy as it continues to press in Ukraine.

By 2023, most or all bilateral trade is expected to be conducted in renminbi. Chinese companies and brands will likely dominate large segments of the Russian consumer market and will become Russia’s key industrial and technological partners. There is also a growing trend towards a large part of Russian trade being conducted with third countries in renminbi.

With the expected expansion of the logistical infrastructure, China will obtain a major source of strategic commodities. China will be able to procure these commodities at significant discounts because Russia will be isolated from many other markets and China will be using its own currency. This will significantly reduce the West’s ability to leverage economic pressure points against China.

Some of China’s top-tier global companies are visibly reducing their presence in Russia because secondary sanctions could affect their operations in international markets. But cooperation in many areas will be overtaken by second-tier corporations with limited or no global exposure. Such companies will still be powerful enough to operate in the Russian market. Their operations will be serviced by specialised banks with no exposure in the West, like in Iran.

Strategically, this transition — coupled with deep internal changes in the Russian political economy — will make Russia largely immune to economic warfare. For the foreseeable future, the West will have no other means to deter Russia in Europe except for costly military options. In turn, this will provide major strategic opportunities for China in the Pacific.

The military lessons of the war for China are too early and too difficult to assess based on available data. One characteristic of the Ukrainian conflict is an unprecedented scale of propaganda and misinformation from all sides.

But two clear lessons have emerged from the war so far. First, US and NATO allies will always try to avoid a direct military confrontation with a major nuclear power. Even if a power is fighting a full-scale war at their doorstep. Second, economic war on Russia has caused significant problems for Western economies, including rising inflationary pressures and falling growth rates. Any comparable actions against China, an economy ten times bigger, will devastate much of the world economy. This makes any such action extremely unlikely.

From our partner RIAC