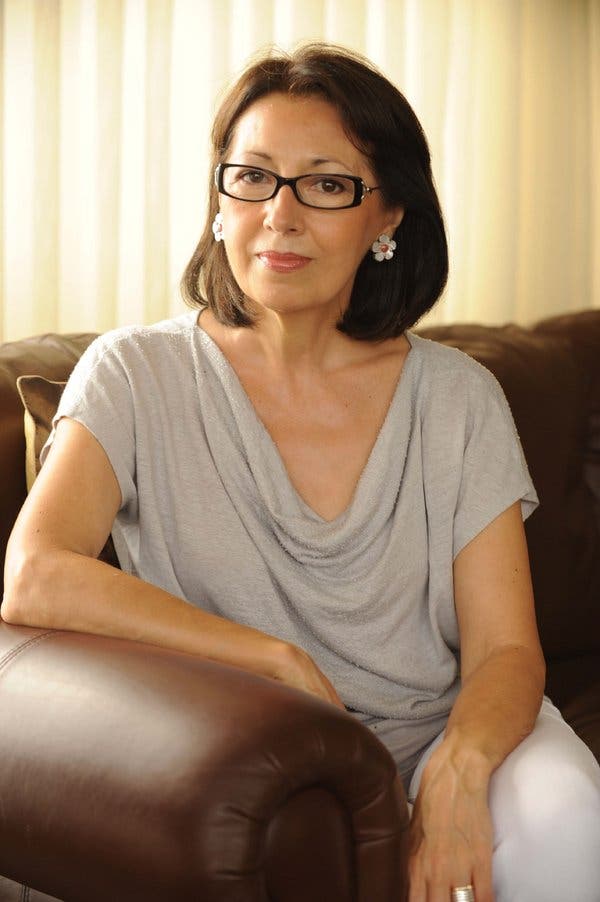 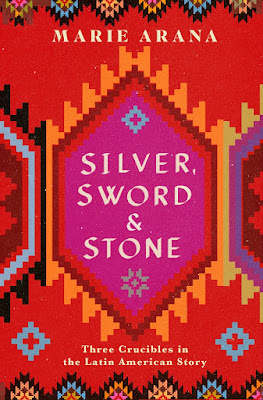 Toward the end of “Silver, Sword, and Stone,” Marie Arana remarks on the difficulties of arriving at general conclusions about the history of the vast and diverse Latin American continent. It’s a complicated task, and not only because of the size of the land, the age of many of the cultures and the magnitude of the human migrations it has received. The oldest grievances of Latin America — economic inequality, lack of access to justice, pervasive violence — feel as urgent now as they were in the 19th or the 16th centuries, and it’s hard to conclude anything about a story that keeps repeating itself. The problem with never-ending narratives, of course, is that they don’t have a conclusion.
As Arana, a Peruvian-born journalist and the author of a prizewinning biography of Simón Bolívar, meditates on the fragility of recent, still insufficient, progress in improving living conditions in the region, she includes a melancholy line that resounded deeply with my own sense of what it means to be Latin American: “We have learned to witness history with a certain helplessness.” It’s a small confession but an important one — a yielding to personal observation in a book that is otherwise carefully factual, a window onto a soul contemplating the continent’s troubled experience of the world.
Aren’t all histories brutal? Don’t others feel the divergence between what their countries should be and what they are the way we Latin Americans do? Why are we so prone to point out what we do wrong? Hasn’t our peculiar creative genius been resilient enough? Are our gifts to the world irrelevant? What about chocolate, corn, potatoes and tomatoes? The coronary bypass, oral contraceptives, a leprosy vaccine? Sor Juana Inés de la Cruz, Jorge Luis Borges and Frida Kahlo? Arana is proud of her Latin American heritage, but she has a point when she writes that until there is a full reckoning with the legacy of racism and other forms of injustice the region’s citizens must remain self-critical.
In her book, she treats Latin America as a “commonality” with a “concrete character” rooted in the unusual circumstances of the encounter between its indigenous cultures on the one hand and European and African populations on the other. The region, she argues, is defined by a common set of stories and interconnected system of beliefs as well as the use of a lingua franca — Spanish — that is not the mother tongue of all but which the majority understands and can speak.

To encompass these particularities, Arana has divided her book into three parts, each named after a trait that has played an essential role in history: “silver,” evoking the dependence on extractive economies focused on precious metals; “sword,” referring to the tendency to embrace political power predicated on military might and the threat of violence — la mano dura, or the iron fist; and “stone,” a multifaceted religious fervor that is only superficially similar to Catholic orthodoxy. In each section Arana reprises the same stories from the time of the Aztecs and the Incas up through our day but in ways that complement and don’t repeat. She has a noteworthy sense of narrative form, and her intuition about the importance of repetition in Latin American history is reflected in the book’s structure; problems recur like a difficult dream that instead of finishing merely begins again and again. It’s this frustration with repetition that explains her — our — melancholic helplessness before history.

“Silver, Sword, and Stone,” as Arana points out, is not a straightforward history of Latin America. Neither is it journalism. Rather, it’s a hybrid, combining learned historical analysis with in-depth reporting and political commentary. Each section considers the region’s historical burdens through the prism of actual citizens: Leonor González, the widow of a Peruvian miner who ekes out a living pounding bags of stone into gravel in search of flecks of gold; Carlos Buergos, a Cuban migrant to the United States who, beaten down by the Castro regime, is imprisoned for theft in Havana and serves as a “hardened killer” for the Cuban Army in Angola before escaping to Miami; and, finally, Xavier Albó, a Spanish Jesuit who, preaching in Bolivia during the liberation theology movement of the 1970s and ’80s, is awakened to the region’s misery and corruption. These individuals and their stories are effective embodiments of Arana’s themes and, by extension, their impact on the region’s more than 600 million inhabitants.

“The colonies were dead,” Arana writes, but “the spirit of colonialism remained very much alive.” Her indictment of the conquistadors is brutal, and she is unapologetic in condemning the operations of the United States government in support of Latin America’s right-wing authoritarian regimes during the Cold War. But she makes clear that the Inca and Aztec empires were ruthless too, and that if the United States offered weapons and training to the conservative owners of land and capital, the use of extreme violence to crush the opposition was well established by the time the Americans arrived to finance it.
“Silver, Sword, and Stone” is just as illuminating about the current political moment, in which the cultural and linguistic line dividing the United States from its hemispheric neighbors for more than 200 years could become a fortress wall. She reads recent episodes in Latin American history in the contentious but essential key of race relations, which are at the core of the ideological confrontations in this era of national populism.
Access to education, justice and a reasonable income has always been linked to skin tone in the continent, as Arana notes, but race has mostly been ignored as a category of analysis by Latin American intellectuals. The issue is particularly excruciating because the overwhelming majority of the population is nonwhite. Yet no matter how many revolutions have been fought and won, that majority remains the object of discrimination and economic corruption.
The reluctance of Latin American elites to share their wealth — often but not always in association with foreign powers — has produced a sophisticated discourse to justify the status quo. One influential theory that Arana cites in passing, developed by the 20th-century Mexican philosopher José Vasconcelos, is that of the Cosmic Race — according to which everybody in the region is of mixed origin and, because of this, colorblind. New generations of Latin American writers and thinkers, frequently from middle-class families that migrated from Europe in the past century, have sustained the Cosmic Race theory, pointing out, with Marxist flair, that the problem is capital distribution, not skin shade, and that class struggle will eventually take us to a better place.
“Silver, Sword, and Stone” denies these ideas with an informed and authoritative voice, one that deserves a wide audience. Like Arana, I believe that the main problem in Latin America for the past 500 years has been racism, in its varied, nefarious guises and names. As long as the region continues to fail to address this head-on, the enormous promise of its diversity and creativity will never be fully realized, and the stories, and melancholy, Arana invokes will keep repeating instead.