If you love learning, then in my opinion, books are the way to go. That’s because you get a wide variety of perspectives — unlike podcasts and YouTube channels, where you’re generally gonna get the same viewpoints over and over again.

But books are pretty hit-or-miss. Some of the books I read are useless. Most books I read, I learn a little bit from. 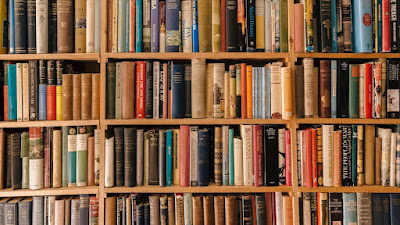 Fooled By Randomness author Nassim Taleb worked as a Wall Street analyst for a long time. He developed a trading strategy unlike anything the world had ever seen before: he used options trading to make bets that highly unlikely events, like stock market crashes, would happen.

Traditionally, investors make projections about stock prices using financial models. The models assume that the company in question will grow at a constant, predictable rate.

The problem is, these models typically base their assumptions off historical data — meaning implicitly, they assume that the future will be like the past.

But Taleb’s main point in Fooled By Randomness is that the future probably won’t be like the past. We have “unprecedented” market crashes that everyone says are impossible — like the housing market collapse of 2008 — all the time. Moreover, the world changes too quickly to use historical data: by the time we can understand the way it works, it doesn’t work that way anymore.

But most people don’t live long enough to see the ebb and flow of history. As a result, we tend to think the world of our childhood will last forever. That goes double for relatively stable societies, like the United States, which haven’t seen major turbulence in the lifetimes of anyone around today.

My big takeaway from Fooled By Randomness was, don’t be surprised if something weird happens. The world is a deceptive place, and often it doesn’t work the way we think it does. You can’t always trust what you’ve learned, and you can’t always bank on what’s worked for you in the past.

Another Nassim Taleb book. The basic theme of Antifragile is that some things — like the restaurant industry and the human body — become better under conditions of volatility and turbulence.

This is such an unintuitive concept that we didn’t even have a word for it until Taleb wrote Antifragile. But in the real, there are actually a bunch of things that gain from disorder in the long term — from the human body (which responds to some stressors, like exercise, by getting stronger) to the restaurant industry (when economic turbulence happens, bad restaurants go out of business, improving the industry as a whole).

Think of forest fires, for instance: once upon a time, we tried to put out every forest fire that we found. But then, lots of dead wood accumulated in forests, leading to major, catastrophic fires down the road.

Economic systems work the same way: we don’t like major price changes, so politicians like to prop up markets in the short-term by passing stimulus packages and printing money. Unfortunately, this usually just leads to a greater crash down the road. Two years ago we printed a ton of money so we could send out stimulus checks, and now, we’re seeing almost double-digit inflation as a result.

The major lesson I took away from Antifragile is how important it is to have a Plan B. If you build a fragile system, with one or two major points of weakness, it will eventually collapse. (Think of the Death Star, for instance.) So it’s a good idea to make any large system redundant, idiot-proof, and flexible in response to change.

Sapiens is basically a history of all of mankind, from our early days as proto-humans in Ethiopia to our internet society today — with some speculation about the future, as well.

Sapiens views humans (and in particular, the genus Homo sapiens) as a species totally different from every other species on Earth. Only about 100,000 years ago, we were just another animal. But little by little we are turning ourselves into gods — capable of impacting the climate, traveling to every remote corner of the Earth (and even to the Moon), building weapons that can annihilate us all, and driving thousands upon thousands of species into extinction.

Sapiens looks at the unique elements of Homo sapiens that allowed us to do all this. It’s not just because humans are intelligent: we’re also able to believe in myths, like religion, money, and human-made entities like countries and limited liability corporations.

Combine that with intelligence, and you have the makings of a species that can do incredible things on amazing scales.

There’s no major lesson I took away from Sapiens, but it’s an earth-shattering book. Reading it may make your head explode, because it looks at the world without presupposing a set of values — unlike most books, which see the world through a Western lens. It questions a lot of things that people don’t usually question, and it says a lot of provocative stuff.

Plus, it’ll give you a unique look into how human history works. It may help you better understand the world around you, and it may even help you predict the future. Who knows.

Nogales, Arizona and Nogales, Mexico used to be the same town. They got split up when the US/Mexico border was arbitrarily drawn.

In addition, successful countries need to embrace new innovations that lead to creative destruction. And they need to offer ordinary citizens some way to improve their lot in life by creating value for others, rather than reducing them to slaves or serfs or peasants. (One reason why 11th-century Venice thrived so much, say the authors, is because ordinary people could become rich on trading expeditions.)

That explains how culturally similar places — like East and West Germany, or North and South Korea — can have such different economies: their citizens have different incentives, so they behave differently. It also explains why countries like Chile, China, and Singapore grow so rapidly once they transition to market economies.

People have spent a lot of money trying to decrease poverty in the third world. But according to Why Nations Fail, investing more in education or infrastructure isn’t the answer. If a country wants to develop, it has to get its act together and embrace free-market economic policies.