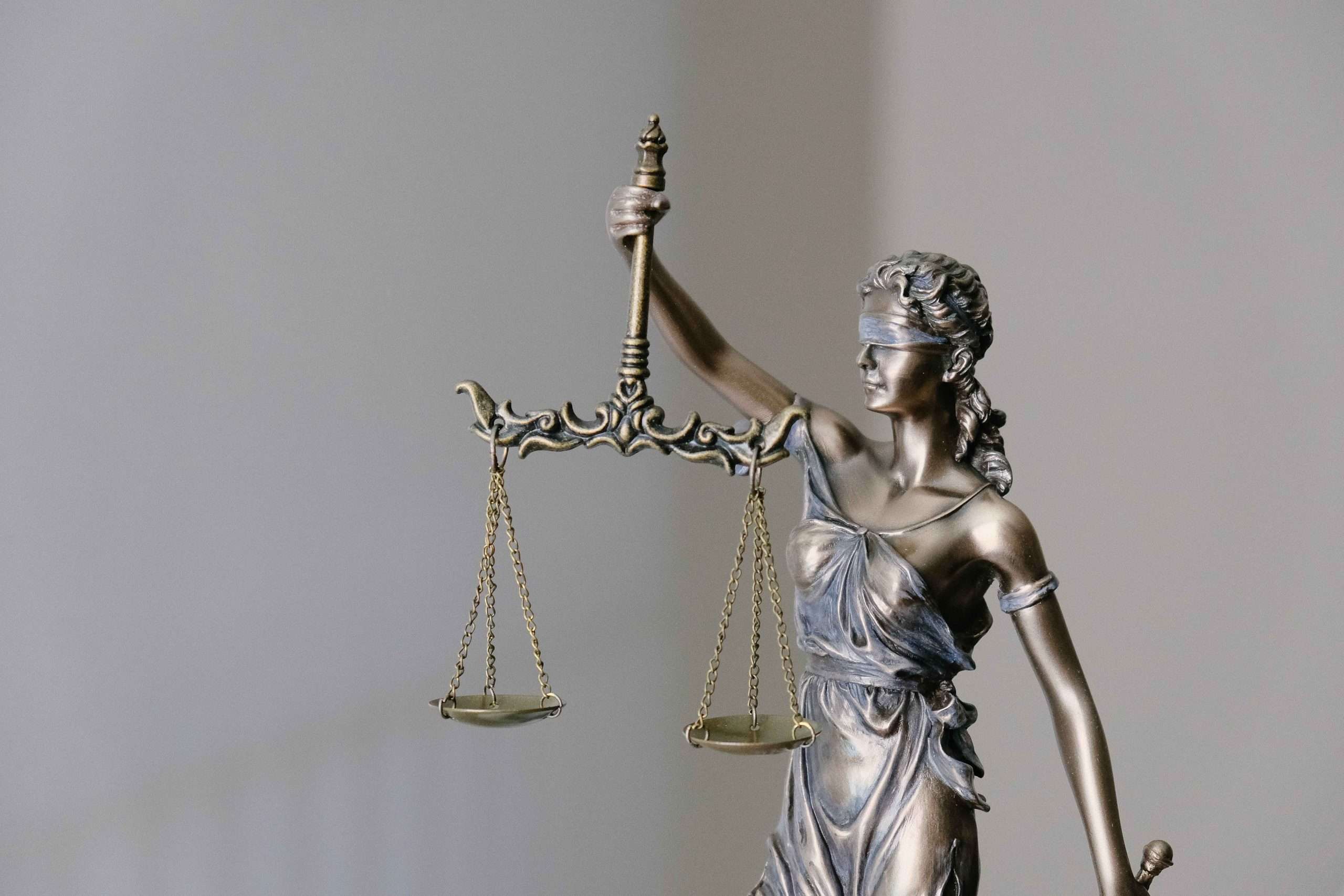 June 2022 was marked by a critical event in South-North relations: Belgium returning a tooth to Congo. As trivial as it may sound, the return of the gold-crowned tooth ends a quarrel of 62 years between the former colonial and colonized peoples regarding the murder of the anti-colonial leader Patrice Lumumba. More than that, the declaration that accompanied the act was the first satisfactory Belgian apology acknowledging unlawful conduct, ending a cycle of over 20 years of insufficient declarations about Lumumba’s death. It characterizes the circumstances of Lumumba’s killing as a human rights violation, signaling a potential new trend for future apologetic declarations.

Apologetic declarations became popular after the end of the Cold War, mainly addressing injustices perpetrated in the course of the Second World War. Their emergence is attributed to the incorporation of human rights language in transnational relations, described by Baxi (2008) as ‘grammar of governance’ and by Barkan (2000) as the ‘moralization’ of international relations. The phenomenon is characterized by the standardization of human rights as the moral guidance for States’ behavior or, in practice, rhetoric. States are constantly monitored by their peers on the matter, creating relations based on performative activism and guilt over violations (Barkan 2000). In legal terms, the numerical growth of declarations led to the establishment of criteria for identifying their remedial value, differentiating legal apologies from moral apologies (see Salvioli 2021; IAtHR, Escher, §243; El Mozote, §357; Guerrilha do Araguaia, §277). According to these sources, satisfactory legal apologies are endowed with (i) publicity, (ii) acknowledgment of the harm, (iii) recognition of legal responsibility for the facts, and (iv) an expression of remorse. The measure promotes symbolic redress, acknowledgment of the harm, and most importantly, the public recognition of victims’ narrative and its penetration into the intersubjectively constructed history (UN Special Rapporteur 2019; see also Halbwachs 1980). Further, they fulfill the collective dimensions of the substantial right to truth (Van Boven 1993).

When not satisfying the criteria, apologetic declarations may assume three other forms – non-apologies, expressions of regret, and moral apologies. Non-apologies merely acknowledge events not addressed in the past, recognizing their occurrence, for example, Queen Elizabeth’s declaration concerning the Amritsar massacre. Expressions of regret convey remorse but exclude the recognition of liability and do not include an acknowledgment of harm, for example, the British declaration in the Mau Mau case. On this occasion, the UK demonstrated remorse for the event and acknowledged the harm, but expressly denied liability, and did not adopt any idioms pleading for forgiveness (e.g. ‘we apologize’, ‘we are sorry for our past actions’). If it had included the latter, the statement could be considered a moral apology. Like legal apologies, moral apologies encompass remorse, liability, publicity, and acknowledgment of harm. However, rather than accepting legal liability, the interlocutor restricts their responsibility to the moral realm, rejecting the existence of binding substantive norms and reparatory duties.

Due to their semantic vagueness, expressions of regret and moral apologies have been widely adopted by States addressing colonialism, allowing States to benefit from the performative guilt while excepting themselves from the consequences of legal apologies. The choice is enabled by the power imbalance existing between the Global North and South, which allows for the limitation of declarations to performative activism. Out of the declarations related to colonialism issued after Britain first approached the matter in 1995, only six complied with all criteria of legal apologies: the maiden British apologies to the Maoris, the Dutch 2011, 2013, and 2022 apologies for the Indonesian War, and the Belgian 2019 and apologies to ‘Métis’ children and 2022 for Lumumba’s death. Both the Dutch and the latest Belgian apologies were motivated by Court decisions resulting from victim activism.

In total, Belgium has addressed its colonial past in the Congo in five different statements: in 2002, in 2019, in 2020, and twice in 2022. Its first-ever apologetic statement, as with its latest, was directed toward Patrice Lumumba’s family, after 40 years of systematically denying responsibility for his death.  Patrice Lumumba was the first prime minister of independent Congo. His mandate, however, lasted only ten turbulent weeks. In 1961, he was brutally murdered by Belgian law enforcement. In the 2002 declaration, the State’s late admission of the facts, instead of apologizing for the conduct, merely expressed condolences for the victim’s feelings (see Goffman 1971), as an expression of regret and, hence, exempted Belgium from responsibility over the result. Its underwhelming nature was further aggravated by the adoption of a ‘bad apple’ argument when attributing the injustice to ‘some Belgian actors at the time’, rather than the colonial regime or State machinery as a whole.

Responding to the declaration, anti-colonial movements surfaced in Belgium and in its former colonies. In 2004, for example, the ‘Bold Ostenders’ caught the media’s attention by damaging a monument celebrating Leopold II, severing the hand from the statue of an enslaved Congolese man in a symbolic reference to a common practice of the colonial regime. The activists promised to return the hand if Belgium duly apologized for the Congo’s colonization. The promise was fulfilled only in 2019, after Belgium’s second apologetic declaration. Although apparently accepted by the Ostenders, nevertheless, the statement limited its object to the treatment of Métis children in colonial Congo, Rwanda, and Burundi. The overall Belgian posture continued to be the omission or, worse, praise of colonialism. In 2010, Louis Michel, former Belgian foreign minister and at the time member of the European Parliament, publicly commended Leopold II and denied the horrors of Congo’s colonization, portraying the conduct as development assistance to an ‘uncivilized’ people.

From 2020 onwards, the number of protests against Belgium’s silence grew, influenced by the anti-racist wave triggered by the Black Lives Matter movement. Soon after, in the celebration of the 60th anniversary of the Democratic Republic of the Congo’s independence, King Filip addressed the demands in an expression of regret towards Leopold II’s colonization of the Congo between 1885 and 1908. Nevertheless, continuing in some respects the Belgian State’s previous posture, his letter also affirmed that Belgium and the Democratic Republic of the Congo’s common history is ‘made up of common achievements’, reinforcing a positive and hence misleading reading of colonialism. A few months later, Lumumba’s daughter wrote him a letter requesting her father’s remains, endorsed by a national juge d’instruction. After this decision, the State’s declarations changed significantly, including elements capable of strengthening their reconciliatory and reparatory efficiency, e.g. concomitant measures and wider assumptions of liability.

The return of the tooth

In 2022, Belgium issued two declarations on its colonial injustices: the first as an expression of regret for the Congo’s colonization in its entirety, and the second, a legal apology for Belgian colonialism and Lumumba’s death, marking a radical shift in Belgium’s approach towards its past. The latter was accompanied by measures like the return of the tooth – the only remaining body part – to the family. This followed the common practice of enforced disappearance cases, redressing the violent character of the part’s apprehension as a prize. Further, these actions were accompanied by a funeral ceremony in the presence of the victim’s family, and the parliamentary approval of a bilateral treaty on the restitution of cultural propriety.

The latter statement’s text, detrimentally and echoing most past declarations, purposedly pointed out the ‘moral’ character of Belgium’s responsibility. Nonetheless, it paradoxically adopted a significantly more condemnatory language in describing the colonial past, becoming the first-ever apologetic declaration to acknowledge colonial injustices as human rights violations. Resembling qualifications, such as ‘crimes against humanity’, appeared four times in prior statements: in the British 2006 statement on the transatlantic slave trade, the 2004 and 2021 German declarations on the Namo and Herrero case, and the 2011 Dutch declaration regarding the Indonesian war. Nevertheless, ‘human rights’ have been traditionally avoided as a classification as a form of evading the assumption of contemporary legal responsibility and, thus, the emergence of reparatory duties. The resistance is reinforced by the legal uncertainty on the application of the international legal system to the colonial past, commonly supported by the intertemporal principle (see Von Arnauld 2020).

Both in its legal and social aspects, such measures go some way toward reversing traditional policies of ‘colonial amnesia’ (Fletcher 2012, Stahn 2020). The phenomenon is described by Fletcher (2012) as the systemic forgetfulness and omission of the colonial atrocities in narrations of the past, i.e. the oblivion or diminishing of colonial injustices in celebrations of Northern countries’ ‘development’. By recognizing the illegality of colonial injustices, Belgium’s statement rejects the Eurocentric reading of human rights law according to which colonialism is legitimized by the law applicable at the time of the facts and, hence, cannot be condemned nor given redress. Politically, it factually acknowledges the Northern violence towards the South, subverting the colonial amnesia pattern. The precedent raises hope over a reversal of the trend of merely rhetorical apologetic declarations regarding colonial injustice.