How the Recovery Went Wrong
Harvey Golub
The Wall Street Journal, May 22, 2102

Of the 11 recoveries in the last 60 years, this one is at or near the bottom in job growth and every other economic indicator.President Obama, in speech after speech, proudly makes the following point: Although we inherited the worst recession since the Great Depression, we have generated net new jobs every month, and while we need to do more, we are going in the right direction.


Of course, recoveries always go in the right direction—that is, things get better over time. But merely going in the right direction is an incredibly low performance standard. Moreover, since deep recessions are generally followed by more robust recoveries, this should have been one of the strongest recoveries ever.
So what went wrong? All the available Keynesian levers for achieving economic growth have been pulled, yet the recovery is one of the weakest since World War II. The problem lies with the way the "stimulus" was carried out, the uncertainty of looming higher taxes, and the antibusiness rhetoric and regulatory strong-arming of this administration.
First, exactly how weak has this recovery been? The Federal Reserve Bank of Minneapolis tracks economic performance for each recovery and compares gross-domestic-product growth and job growth, the two most important indicators of economic performance. Over the past 60 years, there have been 11 recessions and 11 recoveries.
Sadly, this recovery is near the bottom of all 11. Cumulative nonfarm job growth is just 1.9% 34 months into recovery, the ninth-worst performance and well below the average job growth of 6.5%. Cumulative GDP growth is just 6.8% 11 quarters into this recovery, less than half the average (15.2%) and the worst of all 11.
But wouldn't things be even worse without massive fiscal and monetary stimulus? It's true that monetary policy by the Federal Reserve has resulted in extraordinarily low interest rates, almost zero for the past three years. Normally, low interest rates would result in increased borrowing by individuals and businesses, generating increased economic activity. Its positive effects in this recovery, however, have mainly been to help the government borrow more cheaply, large banks recapitalize quickly, and homeowners refinance at low rates.
Enlarge Image 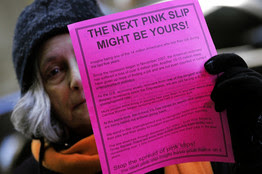 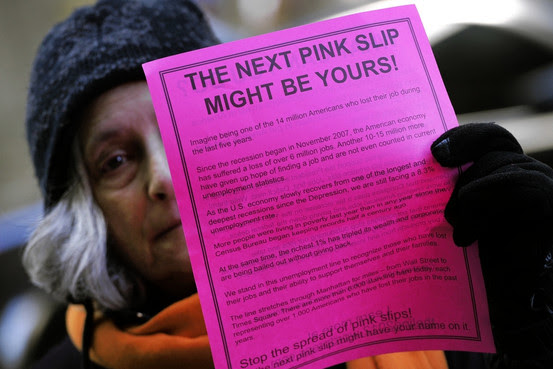 AFP/Getty Images
Uncertainty regarding ObamaCare and higher taxes on businesses and individuals has discouraged the type of borrowing and lending that low rates generally encourage. Near-zero interest rates have also resulted in historically low yields on savings and encouraged riskier investments. In effect, we have subsidized increased spending by penalizing savings.
Fiscal policy, under the control of the president and his party, increased expenditures by about $700 billion per year since 2008 and launched a spending package of about $800 billion (along with various "targeted" temporary tax reductions), all of which resulted in an increase in national debt of over $5 trillion. In other words, we borrowed $5 trillion, for which we will pay interest for who knows how long, in order to stimulate the economy now.
There's little doubt that this level of spending—$5 trillion in an economy with an annual GDP of about $15 trillion—has a temporary stimulative effect. The question is, was it a good investment? For the most part the money was spent poorly and we will get very little future value from it. Billions were spent to reward favored constituencies like government employees and the auto industry. Billions more were spent on training programs that don't work and unemployment insurance that reduces incentives to actually find work. Little went toward building infrastructure or other assets that will help the nation create wealth over time.
So, yes, we are going in the right direction—but far too slowly to create reasonable economic growth and needed jobs. By their very nature, recoveries involve people and businesses making investments and spending money and borrowing to do both. However, for rational people to spend or invest requires confidence in the future. The "animal spirits" so necessary for a true recovery have been dampened by this administration's policies and rhetoric.
Indeed, this administration has been overtly hostile to business across the economy except for progressive favorites like electric cars or wind and solar power. It has tightened regulatory screws on the coal industry and all other fossil-fuel providers, enacted health-care "reform" based on false estimates of its likely costs and effects, unleashed a hostile National Labor Relations Board on businesses, and passed financial regulations in the form of Dodd-Frank along with hundreds of other regulatory actions that put increased burdens on the private sector. Meanwhile, the president has yet to pass a budget or announce a plan to rein in government expenditures.
The president has said, over and over again, that he wants to increase taxes on businesses—small and large—and on financially successful individuals. He doesn't quite articulate the point that way, but that is the effect. After all, he says millionaires and billionaires aren't paying their fair share. He forgets, or simply does not know, that the top 1% of earners actually pay as much as the bottom 90%, and the bottom half pay no income taxes at all.
In this negative environment, businesses are less willing to invest in the future, and individuals are less willing to spend what they can. Meanwhile, savers and retirees have seen much of their income decline because of low interest rates. The massive costs of all the stimulus have been wasted because of the heavy counterweight put on the economy by the administration's antibusiness and pro-redistribution policies.
Mr. Golub, a former chairman and CEO of American Express, is the chairman of Miller Buckfire and serves on the executive committee of the American Enterprise Institute.
A version of this article appeared May 23, 2012, on page A15 in the U.S. edition of The Wall Street Journal, with the headline: How the Recovery Went Wrong.
Postado por Paulo Roberto de Almeida às 16:09