‘The Great Divergence,’ by Timothy Noah

Writing in the middle of the 19th century, Karl Marx predicted that the gulf between the newly rich and the miserable urban poor, made much worse by the Industrial Revolution, would continue to widen indefinitely. This ever greater disparity, he thought, would ultimately undermine capitalism. Marx turned out to be wrong. Income inequality in Britain (and, from what we can tell, elsewhere in Europe too) began to narrow after the 1860s, and inequality in wealth peaked by the time of World War I. In America, inequality in both incomes and wealth began to lessen after the 1920s. The rich continued to live far better than the poor, but over the next 50 years the gap between them narrowed ­substantially.
Enlarge This Image 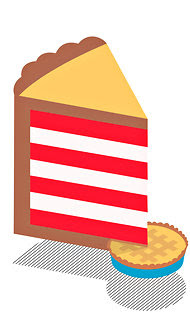 By Timothy Noah
Illustrated. 264 pp. Bloomsbury Press. $25.
Writing in the middle of the 20th century, the American economist (and future Nobel laureate) Simon Kuznets extrapolated into the indefinite future this newer trend toward more equal incomes and living standards — at least for the advanced economies. He theorized that while the initial ­stages of industrialization caused inequality to increase, and would do so whenever new economies industrialized, further economic development would foster ever greater equality. Alas, Kuznets turned out to be wrong too. The gap between rich and poor has been growing for the past 30 years in most of the world’s advanced economies, and especially in the United States.
Modern economists have learned from Marx’s and Kuznets’s mistakes. Like Kuznets, they see widening or narrowing inequality as the cumulative outcome of several different influences, some pushing the rich and the poor apart and some drawing them closer together. But instead of assuming that the tug of war between those opposing forces is automatically decided by an economy’s stage of development, today’s thinking seeks to understand what makes each influence stronger or weaker. And part of the object is to search out ways for public policy to affect the balance, instead of viewing the overall outcome as predetermined.
In “The Great Divergence,” the journalist Timothy Noah gives us as fair and comprehensive a summary as we are likely to get of what economists have learned about our growing inequality. Noah is concerned about why inequality has widened so markedly over the last three to four decades, what it means for American society and what the country can — and, he argues, urgently should — do about it. As he makes clear, what has mostly grown is the gap between those at the top and those in the middle. As a result, his book resonates more with the recent focus on “the 1 percent” than with more traditional concerns about poverty.
The principal influences on inequality that Noah examines include the failure of America’s schools to keep pace with the step-up in skills that advancing technology demands from our labor force; America’s skewed immigration policy, which inadvertently brings in more unskilled than skilled immigrants and thereby subjects already lower-income workers to greater competition for jobs; rising competition with China, India and other low-wage countries, as changing technology enables Americans to buy ever more goods and even services produced overseas; the failure of the federally mandated minimum wage to keep up with inflation; the decline of labor unions, especially among employees of private-sector firms; and what he sees as an anti-worker and anti-poor attitude among American politicians in general and Republicans in particular. Along the way, he enlivens what might otherwise be a dry recounting of research findings with fast-paced historical vignettes featuring colorful characters like the novelist Horatio Alger, the labor leader Walter Reuther and the business lobbyist Bryce Harlow.
What’s to blame, then, for America’s widening inequality? Leaving aside the politicians, Noah reviews economic research supporting the familiar hypotheses. Indeed, each of them is probably part of the explanation. But the goal of research in a policy-oriented inquiry like this one is quantitative — establishing just how much of the explanation to assign to separate influences one by one, even if all of them contribute to the story. We want not merely to portion out the blame but to know what to do, and different explanations call for different remedies. It would make little sense, for example, to invest huge sums in reforming K-12 education and reducing the cost of college if the mismatch between graduates’ skills and what the economy requires accounts for only a small part of the problem. By contrast, if my Harvard colleagues Claudia Goldin and Lawrence Katz are right that education is the core of the issue (Noah draws extensively on their recent research, especially their aptly titled book “The Race Between Education and Technology”), then what and how we teach young Americans should be at the top of the agenda.


It is not Noah’s fault that economic research has yet to reach consensus on how much of the blame for inequality to place on which explanation, and it is to his credit that he does not try to portray a consensus that is not there. His summary of what we know from the relevant research is faithful to what the researchers have found. Part of the problem here, which “The Great Divergence” also ­accurately conveys, is the tension inherent in concentrating on the American facet of a worldwide phenomenon. As Noah makes clear, inequality is increasing almost everywhere in the industrialized and postindustrial world, even if the increase has been much greater in the United States. We need to know how much weight to give to America-centric explanations like the shortcomings of our schools or our immigration system or the demise of unions. But to understand a global trend, we would like a more ­universal explanation.

By Timothy Noah
Illustrated. 264 pp. Bloomsbury Press. $25.
Noah’s own explanation is, in effect, “all of the above,” and his policy recommendation is therefore to take action on all fronts. His chief concern is the fear that ever widening inequality will undermine our democracy: “Americans believe fervently in the value of social equality, and social equality is at risk when incomes become too dramatically unequal. . . . Growing income inequality makes it especially difficult to maintain any spirit of e pluribus unum.” He rightly emphasizes that while the potential for individuals to move up is essential to what makes inequality acceptable, at least to most Americans, economic mobility in the United States is now more limited than it appears to have been in earlier times and — contrary to the popular image — more limited than in many other countries. (It also matters that in America today incomes are becoming more unequal at the same time that most families’ incomes have been stagnant for more than a decade after allowing for inflation — a point that Noah notes but does not emphasize.)
How much inequality can the Republic stand before the social and political fabric frays? Noah does not answer the question, in part because he doesn’t know, but mostly because he feels he doesn’t need to. “You’d have to be blind,” he writes, “not to see that we are headed in the wrong direction, and we’ve been heading that way for too long. . . . The worst thing we could do to the Great Divergence is get used to it.”

Benjamin M. Friedman is an economics professor at Harvard. His most recent book is “The Moral Consequences of Economic Growth.”
A version of this review appeared in print on May 27, 2012, on page BR1 of the Sunday Book Review with the headline: Market Values.
Postado por Paulo Roberto de Almeida às 10:52