As a young man Alexander Hamilton once wrote, “There is a certain enthusiasm in liberty, that makes human nature rise above itself, in acts of bravery and heroism.” While it is tragic that Hamilton would grow up to advocate all sorts of government policies contrary to liberty — America would be better off had he read Cantillion — there is a power in these words that has always resonated with me.

No man better embodies this heroic nature of liberty than Ludwig von Mises.

My favorite example of Mises’s legendary dedication to his principles is his experience during WWI.

Even though he was already an accomplished scholar, his masterpiece Theory of Money and Credit was published in 1912, the Great War brought Mises to the field of battle. As a commanding officer of an Austrian artillery regiment, Mises and his men were tasked with defending the Northern Front of the Austro-Hungarian Empire from the marching Russians.

Not only were Mises and his men outnumbered, but manning the cannons meant being the prime targets of Russian fire. The result was horrific. As Guido Hülsmann details in Mises: Last Knight of Liberalism, “In the first few weeks and months of the war, almost no day went by that did not see entire [Austrian] batteries (about 100 men each) and even regiments (about 500) being wiped out.”

Mises and his men held the line and the Russians were driven back in December of 1914.

After receiving honors for his actions on the battlefield, First Lieutenant Ludwig von Mises was extended an invitation to join a team of fellow economists on the Viennese war council. Though glad to be away from the canons of war, Mises was horrified by what he found — his nation’s greatest minds, men who knew better, becoming apologists for a bureaucratic government seeking to tighten its grip on the economy.

Montesquieu once said that although one had to die for one’s country, one was not obliged to lie for it. This seems to have been Mises’s maxim too. He had already demonstrated his readiness to give his life for his country. Now he showed his will to honor the truth even if it brought him in conflict with powerful opponents. ... Mises argued that, “from a purely economic standpoint,” the case for free trade and against protectionism was unassailable.

The power of the argument ... made it impossible for the war party to ignore Mises. Trouble lay ahead.

The trouble came in the form of orders to return back into combat. The government’s message was clear — Mises needed to go. Not for the last time, his decision to stand firm in his defense of liberty put his very life in danger.

Luckily for us all, Mises survived the war and went on to live a life that fundamentally altered the world. He overcame the Nazis, academic blacklists, and the personal hardships that tends to haunt any man who refuses to sacrifice his principles.

While some like Milton Friedman viewed Mises intransigence as a burden to Mises’s influence, I believe his example is vital to the resurgence of Misesian thought today.

We see this on the streets of Brazil, where earlier this year young Brazilians took to the streets demanding “Less Marx, More Mises”! Thanks to the work of people like Helio Beltrão, Mises is now the most popular economist in the country.

We see this in China, where translations of Mises and fellow Austrians have made it into the hands of students and scholars. Even Murray Rothbard is openly discussed in influential circles.

We see it in the incredible growing international network of young Austrian scholars, complete with university programs dedicated to Austrian insights in topics such as entrepreneurship.

Though it rests far away from the halls of power, and apart from any larger political machine, the Mises Institute stands today the most influential libertarian organization in the world, a testament to the power of Mises’s ideas and a commitment to stay true to principle. 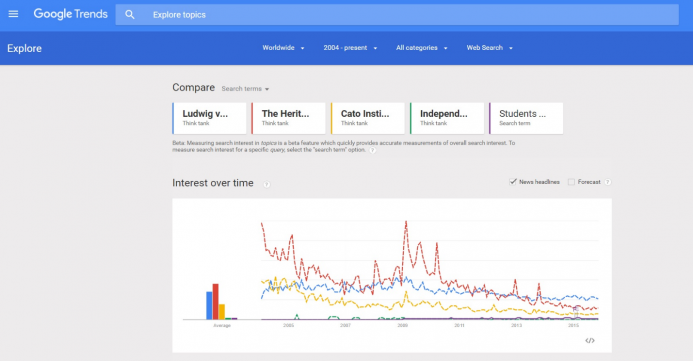 Though there is still much to be done, we should never lose sight of the gains we have made — nor lose hope for the future.

In the words of Lew Rockwell:

Mises never tired of telling his students and readers that trends can change. What makes them change are the choices we make, the values we hold, the ideas we advance, the institutions we support.

Unlike Mises, we do not face obstacles that appear hopelessly high. We owe it to his memory to throw ourselves completely into the intellectual struggle to make liberty not just a hope, but a reality in our times. As we do, let us all adopt as our motto the words Mises returned to again and again in his life. “Do not give in to evil, but proceed ever more boldly against it.”