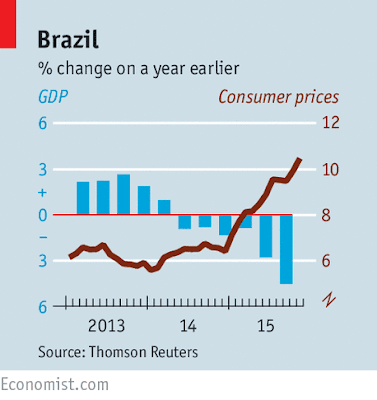 Brazil’s annual rate of inflation rose to 10.5% in November, the highest it has been in 12 years. In a further blow to the embattled government Moody’s downgraded all its ratings for Petrobras, the country’s state-owned oil company, which is at the centre of a corruption scandal, and warned Brazil’s sovereign rating was at risk because of the country’s “worsening governability”.
Postado por Paulo Roberto de Almeida às 14:18