Wikipedia continues to rewrite history, this time prepares to delete page on mass killings under communist regimes: Here are the reasons they gave 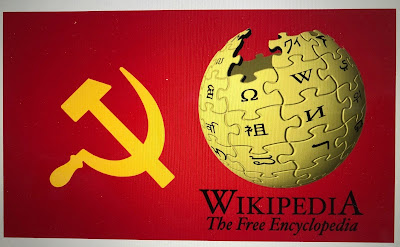 The online encyclopaedia Wikipedia, which was started with the noble intention of becoming the crowd-sourced resource of knowledge for all for free, had become a left-wing propaganda tool long ago. The selected leftist moderators now control information on the website, continuously pushing left-wing propaganda, blocking conservating voices, and in effect rewriting history. In the latest such instance, the website is all set to delete a Wiki page on mass murders under communist regimes in various countries in the world.

A deletion note has been added to the page titled “Mass killings under communist regimes”, which informs that the over 12,000-word page is under consideration for deletion. The Wikipedia moderators claim that the neutrality of this article is disputed, and verifiability of the claims made in this article is also disputed.

The article lists several instances of genocides by communists, including the Red Terror in Russia by the Bolsheviks at the start of the Russian Civil War, mass murders by Joseph Stalin, Mao Zedong, Pol Pot using various policies, and other similar well-known instances in communist regimes in East Germany, Yugoslavia, North Korea, Vietnam, Afghanistan, Ethiopia etc.

The extensive article also lists various terminology used with mass killings, and discusses whether deaths caused by famines under communist rules can be labelled as mass murder, apart from listing various historical events and estimates of casualties.

They claim the article violates Wikipedia policy as it is a synthesis of published material, and it is not a neutral point of view.

Those who are advocating for its deletion further claim that the incidents of mass murders mentioned in the article are separate, not linked to each other, and hence they can’t be clubbed together, while agreeing that these murders did take place under communist rules. Some of them argue it is just a compilation of other articles, and hence it does not have encyclopedic value.

It is notable that none of those who are asking to delete the article deny the incidents narrated in it. They are just saying that it does not deserve a separate article, or that some of the incidents can’t be called mass murders and can’t be linked to communism.

However, a large number of Wikipedia users and editors are fighting to keep the article. A cursory glance at the deletediscussion shows that the majority of those who have participated in the discussion want to keep the article. They argue that all the incidents mentioned in the article happened in history, which can’t be denied. They have argued that facts cannot be erased because the current ideology of someone makes it inconvenient.

Some of the supporters of the article has suggested a middle ground, saying the article can be merged with the Crimes against humanity under communist regimes page, as both deal with similar historical events.

Even though the majority of the people want the article to be kept, that may not happen, as Wikipedia does not work on a majority voting basis. The website works on the basis of whims of a few editors and moderators with authority to remove articles, almost all of whom are leftists. The deletion discussion page helpfully informs that the discussion is not a majority vote, but instead a discussion among Wikipedia contributors. It says that the decision will be taken on the basis of the merits of the arguments, not by counting votes.

It is important to note that the article has been nominated for deletion for the fourth time, which makes it clear that it is under regular attack from communists online. Many contributors have commented that this shows that heavily indoctrinated people desperately want to get rid of this specific page, and there is ideological motivation behind it. But given the leftist bias of Wikipedia, it is very much possible that the article will be deleted, despite opposition by the majority of contributors.

The leftist bias of Wikipedia has been revealed by Wikipedia co-founder Larry Sanger, who has said that Nobody should trust Wikipedia as the information in it is biased. He said that the site is no longer trustworthy as it does allow content that does not fit the agenda of leftists, and therefore people can’t get a complete view on the topics.

Larry Sanger had left Wikipedia over differences with co-founder Jimmy Wales over how to run the website, and has since become a staunch critic of it for its left-leaning bias. He had also said that Wikipedia has become a huge moral hazard, saying that it has turned into a ‘monocultural establishment organ of propaganda’. He had also talked in detail on the issue in an interview with OpIndia.

It is notable that Wikipedia has launched a crusade against OpIndia, after OpIndia started exposing the bias of the website. First, the wiki page of OpIndia was deleted, saying the portal is worthy enough to have a page on Wikipedia. After that, a Hinduphobic editor created a page on OpIndia with extremely negative language, claiming it to fake news peddler. All efforts to get the page corrected have gone in vein as the leftist-Islamist moderators revert such changes, and threaten people of block from the site for making such changes.