Ha Jin has a talent for first lines. Consider these, from his latest novel, “Nanjing Requiem”: “Finally Ban began to talk. For a whole evening we sat in the dining room listening to the boy.” 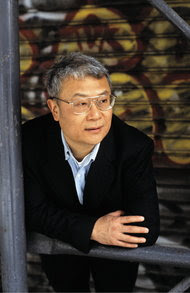 By Ha Jin
303 pp. Pantheon Books. $26.95.
We do not know who Ban is, why he should have taken so long to speak or why his story has so compelled his as yet unknown audience. As he tells that story, we plunge abruptly into the horrors of the Japanese occupation of Nanjing, then the capital of China’s Nationalist government. It is December 1937. Ban is a Chinese teenager, a boy seized while on an errand for his American employer and forced to serve as coolie to a band of Japanese soldiers who are looting, pillaging and murdering their way across the city, with Ban a terrified witness to their atrocities.
Equally abruptly, the novel then takes us back to the previous month, to the frantic preparations for an evacuation of the government to Chongqing, following the retreating forces of Chiang Kai-shek. For the civilians who will be left behind, a safety zone is hastily organized. Madame Chiang’s piano is loaded into a truck and left for safekeeping in the institution at the heart of Ha Jin’s narrative, Jinling Women’s College.
This is fiction, but fiction that draws heavily on the historical record and in which many of the characters actually lived the events described. The narrator, Anling, a middle-aged Chinese woman, may be Ha Jin’s invention, but she serves as assistant to a well-documented real-life character, Minnie Vautrin, an American missionary from Illinois who served as acting head of Jinling College. Vautrin also figures in Iris Chang’s best-­selling account, “The Rape of Nanking,” one of the inspirations for Ha Jin’s portrait of the doomed city.
When Chiang Kai-shek abandoned Nanjing to the Japanese, a few Western nationals chose to remain. The Americans who stayed were mostly missionaries, among them the formidable Minnie Vautrin. Also present was John Rabe, the German representative of Siemens in Nanjing, a member of the Nazi party who led the extraordinary effort to set up the safety zone in which Jinling College and similar institutions became refugee camps, tenuously protected by the presence and personal courage of a tiny group of foreigners. It is to them that we largely owe the documentation of the rape, pillage, arson and murder that followed.
As a novelist, Ha Jin brings a cool, spare documentary approach to this rich trove of material. His narrative centers on Jinling, an attractively landscaped campus in the heart of the city. The college itself becomes a character, the early hope of its founders that it would be a premier seat of learning as much despoiled by the war as are the lives of those who love and labor within it. The college represents humanity and civilization, repeatedly violated and nearly destroyed.
Ha Jin begins with a fast-­moving accumulation of horrors as some 10,000 refugees cram into Jinling, which was prepared to receive around 2,500. The safety it offers is fragile: Chinese citizens are dragged off and killed by marauding Japanese troops, and young women are attacked on the campus itself. The occupants of the college struggle to find enough food, fuel and shelter for everyone in need, living in constant fear that the Japanese will overrun the place.
The Nanjing Massacre remains a highly controversial topic. Some in Japan still deny or play it down, and its re-­emergence in the 1990s as a prime example of wartime barbarity has been used by the Chinese government as it constructs a highly nationalist version of its history. But Ha Jin is more interested in nuance than polemic. He shows us the Christian Japanese officer who brings supplies for the refugees; the Nazi who saves a quarter of a million Chinese; the Chinese worker who admits that, under torture, he made a false accusation of collaboration against two Americans from the Red Cross; the Chinese doctor, consumed by self-­loathing because of his association with the Japanese, who helps Vautrin rescue Chinese prisoners.
Ha Jin also shows us how the family of Anling, the narrator, is torn apart — with a son-in-law fighting in the Nationalist army, a husband who still admires the Japan in which he once studied, an only son drawn into serving in the army of occupation because of his love for a Japanese woman.
Ha Jin also reminds us that heroism carries its own heavy price. Minnie Vautrin was to die by her own hand, burdened with guilt over those she had failed to save. This emotional turmoil is personified in the character of Yulan, a young woman who goes mad after being raped by the Japanese and accuses the missionaries of collaboration. Vautrin’s struggle to rescue Yulan doubles as a struggle for her own sanity.
The novel does contain some awkward phrasing. Ha Jin writes in his second language, English, a remarkable achievement but one that demands editorial vigilance. The reader is surprised at times to find contemporary slang in the mouths of Chinese characters speaking more than 70 years ago. Early on, for example, a Chinese man seeking shelter for his family is offered a job at the college and blurts out, “For real?”
This is the sort of misstep that can provide an unfortunate distraction in the course of an otherwise fine novel, a book that renders a subtle and powerful vision of one of the 20th century’s most monstrous interludes. The closing section, “The Grief Everlasting,” underscores Ha Jin’s message. There will be no happy ending here, and precious little healing.


Isabel Hilton edits the bilingual news, environmental and analysis Web site Chinadialogue​.net. Her most recent book is “The Search for the Panchen Lama.”

A version of this review appeared in print on October 23, 2011, on page BR23 of the Sunday Book Review with the headline: In Harm’s Way