Today's selection -- from The Venetians by Paul Strathern. The eighteenth-century Venetian Giacomo Casanova is legendary even today for endless sexual adventures, including an affair with his own seventeen-year-old illegitimate daughter, which resulted in her giving birth to a boy who was both his son and his grandson:

"And it was now, at the age of sixteen, that Casanova had his first bonafide sexual experience. According to his memoirs, this was achieved in suitably impressive circumstances, when he succeeded in seducing (or was seduced by, it is difficult to distinguish) two sisters of aristocratic family, the sixteen-year-old Nanetta and the fifteen-year-old Marta. All three would appear to have been virgins when they got into bed together, but found their mutual deflowering so exhilarating that they 'spent the rest of the night in ever varied skirmishes'. Casanova's memoirs, written in his later years, contain many exaggerations and even palpable falsehoods; on the other hand, many of his most implausible and unlikely escapades almost certainly took place, having about them an idiosyncratic and psychological ring of truth. Casanova may have been a fabulist, but he also lived a fabulous life. And the story of his first full sexual experience with the two sisters (members of the noble Savorgnan family, which Casanova tactfully omits to mention) appears utterly credible, especially given the moral example set by their elders in the Venice of the period.

"Having launched the career of his 'ruling passion' there was now no holding back on Casanova's behalf. In quick succession he was angrily dismissed from the Malpieri palazzo after being discovered in a compromising embrace with a young girl who was intended for his host's delectation; and he was also dismissed from his seminary for being found in bed with a young boy. On the latter occasion Casanova seems to have been innocent -- though in the years to come he would not be so prudish as to deny himself the occasional homosexual adventure. As his memoirs make clear, Casanova was to be omnivorous in his sexual exploits: women, men, sisters separately and together), mothers and daughters (ditto), women disguised as castrati, undisguised castrati, ménages a trois, ménages a quatre, and so on -- all were welcome. ...

Casanova's 'affairs' certainly numbered well into three figures. There are ... some compelling external reasons for his behaviour. The eighteenth century was a notoriously promiscuous era, and nowhere more so than Venice. The all but non-existent sexual morality in the city in which Casanova grew up must surely have played a significant role in encouraging his behaviour, which can only have been boosted by the confidence that his many early conquests assuredly gave him. Later he was certainly aided by the fact that his reputation preceded him. This led him to increasingly bold and multifarious escapades perhaps the most monstrous of which would involve an affair with his own seventeen-year-old illegitimate daughter, which resulted in her giving birth to a boy who was both his son and his grandson. ...

However, eventually -- inevitably -- the life of seduction (and disease), gambling, spying and hack-writing started to take its toll. His teeth began to fall out, and he suffered from diminishing sexual potency. In 1784, whilst in Vienna, he formed a friendship with Count Joseph von Waldstein, based on their shared interest in magic. Waldstein became so enamoured of Casanova's company that he offered him the post of librarian at his castle at Dux in Bohemia (now Duchcov in the Czech Republic). Fifty-nine years old, broke and all but toothless, Casanova had little choice but to accept this generous offer. 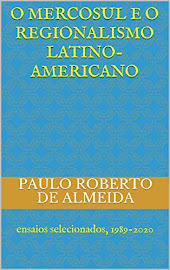