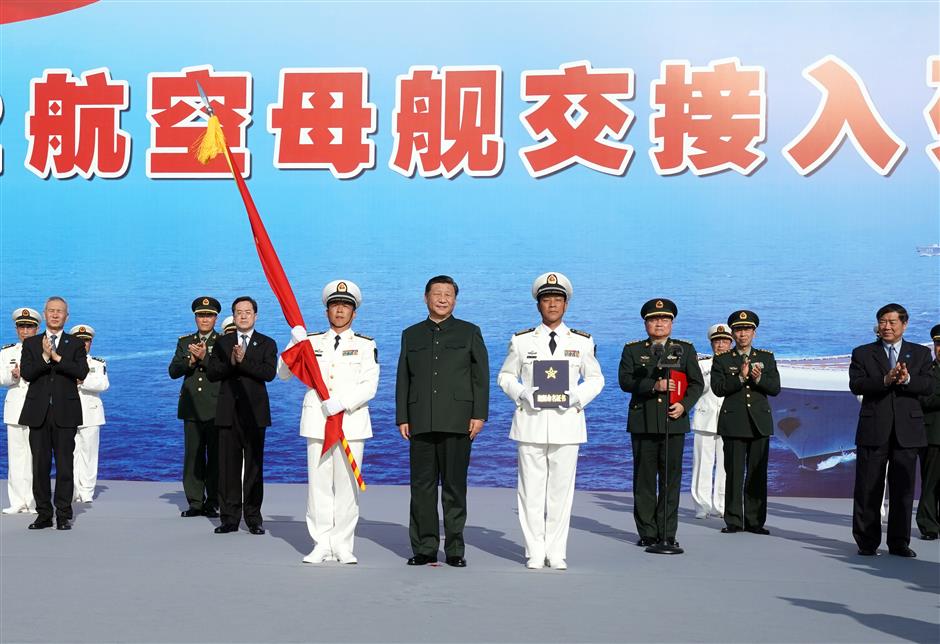 Xinhua
President Xi Jinping (center) presents a PLA flag and the naming certificate to the captain and political commissar of the Shandong respectively in Sanya, Hainan Province, on December 17, 2019. 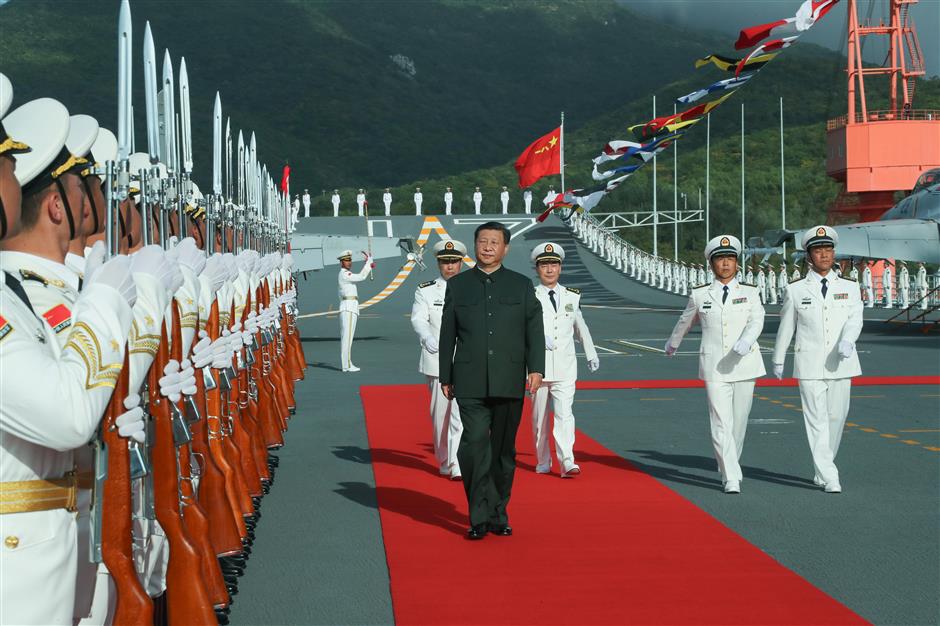 Xinhua
President Xi Jinping boards the Shandong and reviews the guards of honor.
President Xi Jinping, also general secretary of the Communist Party of China Central Committee and chairman of the Central Military Commission, attended the commissioning ceremony of China's first domestically built aircraft carrier, the Shandong, in Sanya on Tuesday afternoon.
The new aircraft carrier, named after Shandong Province in east China, was delivered to the People's Liberation Army Navy and placed in active service on Tuesday at a naval port in Sanya, south China's Hainan Province.
The ceremony started around 4pm.
Xi presented a PLA flag and the naming certificate to the captain and political commissar of the Shandong, respectively, and posed for a group photo with them.
After the ceremony, Xi boarded the Shandong and reviewed the guards of honor. He also inspected the onboard equipment and asked about the work and life of carrier-based aircraft pilots.
On the bridge of the Shandong, Xi greeted the officers and soldiers and signed his name in the log.
Xi also met with representatives of the aircraft carrier unit and the manufacturer at the dock.
Commending China's achievements in aircraft carrier construction, Xi encouraged them to continue their efforts to make new contributions in the service of the Party and the people.
Approved by the CMC, the Shandong was given the hull number 17. 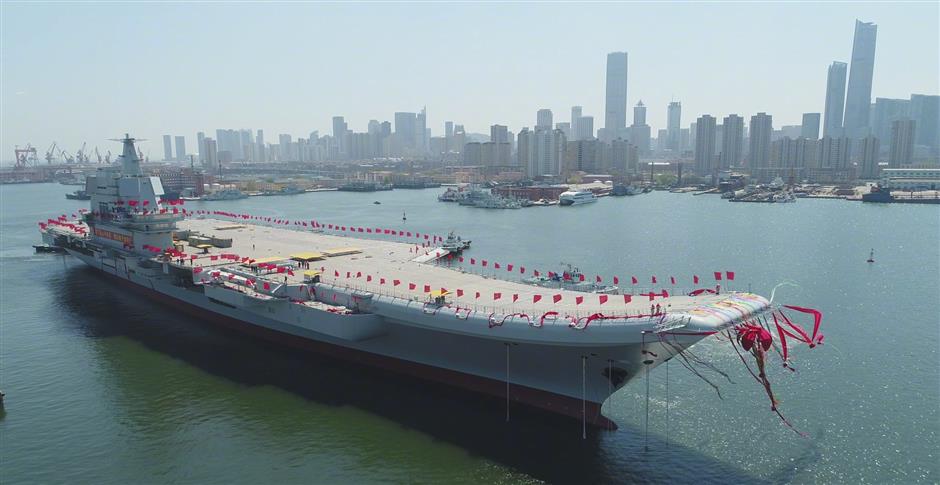