Jared Diamond:
Why Nations Fail Or Succeed When Facing A Crisis
An interview with Jared Diamond about his latest book:
Upheaval: Turning Points for Nations in Crisis 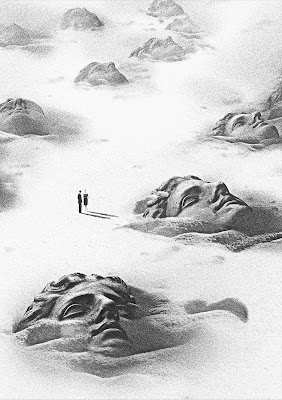 Gardels: In Japan, there has been a kind of seesaw experience. First, you had the Meiji reforms of the 19th century, which had the quality of a realistic self-appraisal and selective adoption: Its leaders understood they had fallen behind the West in industrial modernization but gradually renovated their system by borrowing from the West, cognizant of the restraints of local resistance from the traditional political order. They didn’t go too far, too fast.

Then, within decades, you had the next stage, an overbearance and an overconfidence on the part of the military elite after the Russo-Japanese War, in which an Asian nation bested a European power for the first time. That led in turn to overreach, which resulted in the disaster of World War II, total defeat and the nuclear devastation of Hiroshima and Nagasaki.
But then, after the war and the American occupation, you had yet another phase of adaptation based on realistic self-appraisal, making Japan a prosperous member of the advanced nations. Is there a pattern there?
Diamond: Well, yes, in the sense of recurrent crises. The fact that Japan succeeded so well in the Meiji era didn’t guarantee that it would succeed or fail later on in the period between the wars. And the jury is still out on how Japan will fare in the years ahead.
There are some major areas where Japan has been dragging its feet. The Japanese did the opposite of Germany by not achieving a meaningful reconciliation with Korea and China. The remaining hostility seems dangerous. As a result, Japan remains relatively underequipped compared to heavily armed neighbor countries that have good reason to loathe it.
Japan has also never really come to terms with the role of women in modern society. Then there is Japan’s policy of immigration — or, rather, of non-immigration. It’s perfectly OK for any country to decide whether it wants to take in immigrants. There are pros and cons. But in a shrinking nation, who will provide childcare so women can reenter the workforce, or eldercare in a society where people live longer on average than almost anywhere else? Then, of course, there are the large fiscal issues of how to pay for pensions when the active workforce is shrinking.
I’d say Japan is at yet another turning point.
Gardels: At one point in your book, you raise the generational factor in change, noting that a succeeding generation may either complete or reverse the changes of the previous generation.
Diamond: Yes and no. The pattern is not always consistent. Let’s look at the case of Germany, where there were four intervals of generational change.
Otto von Bismarck, the conservative Prussian statesman who came to be known as the “Iron Chancellor,” learned from the Revolution of 1848 that Germany, then a confederation of small states, was not going to become unified as one nation unless it became a military power. He made this clear in his “iron and blood” speech in 1862. Germany’s consequent rise as an economic and military power in Europe led to wars with the other powers, France and Austria, and finally to World War I.
It took a generation for Hitler and the Nazis to attempt to reverse the defeat of World War I. Then after the end of World War II, it took the post-war generation of students born after 1945 who revolted against their parents — like Joschka Fischer, a radical student leader in the 1960s who became foreign minister in 1998. In this way, Germany is a clear example of the effect of a generational change.
Yet, I don’t think one can generalize about some cause and effect of successful and then failing generations. In the case of Japan, you’re correct that after their victory in the Russo-Japanese War, the Japanese learned the wrong lesson. But there is the opposite case: After being defeated in Vietnam, the U.S. nonetheless didn’t learn the lessons and went on to invade Iraq and suffer many of the same consequences.
Gardels: The Japanese military leaders misread not only how America would react to being attacked at Pearl Harbor but also woefully underestimated the industrial might it could mobilize behind the war effort. In your book, you cite the story of a Japanese businessman who visited the U.S. in the prewar years and was astonished to learn it had 50 times the capacity for steel production than Japan. He knew then and there that Japan would never prevail.
The essence of realistic self-appraisal is to know others and how, as a nation, you fit into the balance of power that exists. How did Japan’s leaders miss this before the war?
Diamond: Realistic self-appraisal was lacking for a particular reason. In the Meiji era, the reformist leaders had all been to the West after the opening of 1853. One of the first things that Meiji Japan did was to send out an observer team that spent a year and a half going around the West, studying best practices. They made a conscious effort to learn from the West. In the 1930s, many of those in the Japanese military who took control had not spent much time in the West. Isoroku Yamamoto, who had been the naval attaché in Washington and knew better than to risk challenging America’s industrial capacity, which dwarfed Japan’s, warned against the consequences of the Pearl Harbor attack — to no avail. Nonetheless, he designed and carried out the attack as instructed.
What matters is whether those in charge in the governing class share a worldview based on knowing the world, not just the part of it that fits with their inclination.
“What matters is whether those in charge in the governing class share a worldview based on knowing the world, not just the part of it that fits with their inclination.”

Gardels: Clearly, the Japanese militarists, with little understanding of the U.S. mindset or the depth of its industrial bench, misread the challenge they were inviting.

A parallel strikes me today. While Deng Xiaoping followed the notion of “bide your time and hide your strength” as China developed, Xi Jinping has discarded any such restraint and boasted that the Middle Kingdom has returned to the center of the world stage and would even overtake the U.S. in technological supremacy. This proved too much for the Washington foreign policy establishment, no less Donald Trump and his team, who fought back with a trade war.
Xi’s problem is that he seems to have moved too soon — China’s technology advances still depend heavily on the West, for example with semiconductor chips. This seems a costly misapprehension not unlike the Japanese militarists vis-à-vis American steel production capacity before World War II.
Diamond: What was true of the Japanese militarists and may be true of Xi as you suggest, also applies to the U.S. today — people’s mindset, the narrative they choose to believe, often overrides their perception of reality and the facts in front of their faces. This is likely true of the virtual paranoia many Americans feel today about China and the prospect of an “Asian century” in which it dominates.
China’s disadvantage, however, is that, having never been a democracy, it is much harder to challenge any misperception of reality. Despite its faults, in a democracy, you can debate big ideas and alternative scenarios. There is no real experience of the body politic as a whole debating big ideas in China. What springs from the top rules.
In the millennia since state government was first established in the Fertile Crescent, the record certainly shows that dictatorships can do things faster. Yet no one has yet figured out how to ensure that the faster decisions of dictatorships are good ones. China seems a good illustration of the problem.
Democracies also make bad decisions, of course. But they can more easily correct them — or at least we have been able to do so in the past because of the checks and balances of our governing institutions.
Gardels: Yet, as you point out in the book, democracies can and have unraveled virtually overnight. The most chilling example is Chile, Latin America’s longest-standing democracy, where in only the matter of a few years, polarization led to social breakdown and a brutal military coup that lasted 17 years.
Diamond: That’s true. I saw it all unravel quickly between the time I lived in Chile in 1967 and the coup in 1973. But polarization had been building up for quite a long time before those years. In 1967, tension was already in the air. Eduardo Frei, the president at the time who was respected then and respected also in retrospect, was too conservative for the radicals and too radical for the conservatives. Salvador Allende came to power by a tiny margin — 36 percent of the vote versus 35 percent of his closest challenger, followed by 28 percent of the next candidate. Though he had only a bit more than a third of the vote, he made the big mistake trying to lead Chile in a direction most Chileans rejected.
Allende was perhaps deluded in what he could accomplish by his popularity as minister for public health and his early success when he was elected president in 1970, getting the Chilean parliament to vote for major measures such as nationalization of the copper mines within a few months of his coming into office. So that’s part of it. The other part is that Allende’s supporters themselves were polarized — shadows of the U.S. today, not just Republicans versus Democrats but splits within the parties. He felt he had to satisfy the radical wing of his party, even though he should have known better that this was not going to fly with the Chilean military.
Gardels: But the lesson for the U.S. these days, and for other divided democracies, is that peril beckons when the spirit of compromise evaporates. Compromise and the ability to arrive at a governing consensus fails when the civic discourse is degraded and there’s no trust in impartial institutions. The whole thing can collapse.
Diamond: I see the possibility of that in the U.S. today. It is a process of erosion that at some moment reaches a point of no return. If democracy ends in the U.S., it’s not going to be the way it ended in Chile with a military coup. It will end through a slow erosion, a continuation of trends we see now: restrictions on the ability of people to register to vote, decreasing voter turnout, executive interference with the judiciary, struggles between the executive and the Congress. I don’t take it for granted that democracy in the U.S. is going to overcome all obstacles. I see a serious risk.
Yes, things have accelerated since Trump’s election, but the decline of compromise in the U.S. has been happening for some time, dating back to when Newt Gingrich was the speaker of the House. He explicitly embarked on a policy of “no, no, no” in his relationship with the Clinton administration. Gingrich, of course, was only one person. He was leveraging and amplifying what had become sharp divisions in the political culture.
So we must ask, why the breakdown? My best analysis all these years later is that we had then already entered a period of sharp decline in face-to-face communication in the U.S. — more than in any other country and before any other country. This was a result both of the culture of mobility — people moving far from their original communities, often to the other end of this large country — as well as growing inequality resulting from de-industrialization in the Rust Belt and the rise of the global economy that had the impact of segregating communities along class and educational lines. 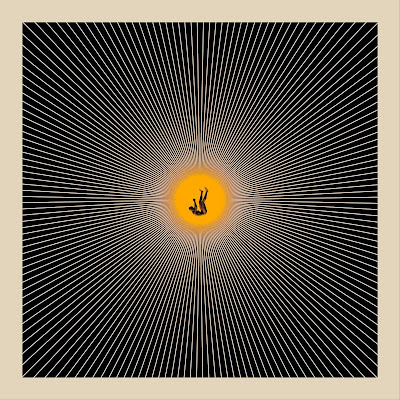