Right-Wing Collectivism: The Other Threat to Liberty - Jeffrey Tucker


See all formats and editions 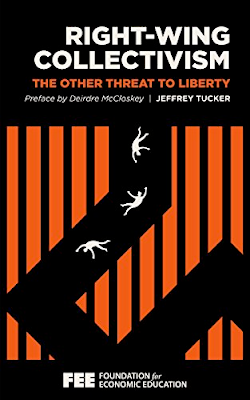 
The rise of the so-called alt-right is the most unexpected ideological development of our time. Most people of the current generation lack a sense of the historical sweep of the intellectual side of the right-wing collectivist position. Jeffrey Tucker, in this collection written between 2015 and 2017, argues that this movement represents the revival of a tradition of interwar collectivist thought that might at first seem like a hybrid but was distinctly mainstream between the two world wars. It is anti-communist but not for the reasons that were conventional during the Cold War, that is, because communism opposed freedom in the liberal tradition.

Right-collectivism also opposes traditional liberalism. It opposes free trade, freedom of association, free migration, and capitalism understood as a laissez-faire free market. It rallies around nation and state as the organizing principles of the social order—and trends in the direction of favoring one-man rule—but positions itself as opposed to leftism traditionally understood.

We know about certain fascist leaders from the mid-20th century, but not the ideological orientation that led to them or the ideas they left on the table to be picked up generations later. For the most part, and until recently, it seemed to have dropped from history. Meanwhile, the prospects for social democratic ideology are fading, and something else is coming to fill that vacuum. What is it? Where does it come from? Where is it leading?

This book seeks to fill the knowledge gap, to explain what this movement is about and why anyone who genuinely loves and longs for liberty classically understood needs to develop a nose and instinct for spotting the opposite when it comes in an unfamiliar form. We need to learn to recognize the language, the thinkers, the themes, the goals of a political ethos that is properly identified as fascist.

"Jeffrey Tucker in his brilliant book calls right-wing populism what it actually is, namely, fascism, or, in its German form national socialism, nazism. You need Tucker’s book. You need to worry. If you are a real liberal, you need to know where the new national socialism comes from, the better to call it out and shame it back into the shadows. Now."
— Deirdre McCloskey

More about the author 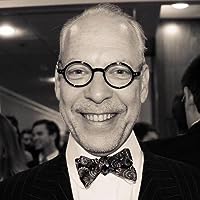 Jeffrey Tucker is Director of Content for the Foundation for Economic Education. He is also Chief Liberty Officer and founder of Liberty.me, Distinguished Honorary Member of Mises Brazil, research fellow at the Acton Institute, policy adviser of the Heartland Institute, founder of the CryptoCurrency Conference, member of the editorial board of the Molinari Review, an advisor to the blockchain application builder Factom, and author of five books, most recently Right-Wing Collectivism: The Other Threat to Liberty, with an preface by Deirdre McCloskey (FEE 2017) . He has written 150 introductions to books and many thousands of articles appearing in the scholarly and popular press.

He created the first commercial service of online book distribution that published entirely in the commons (The Laissez Faire Club) and he was an early innovator in online distribution of literature during his tenure as builder and editor of Mises.org from 1996 until 2011. He created the first live classroom in the liberty-oriented ideological space and assembled the official bibliography of famed economic writer Henry Hazlitt, a project that included more than 10,000 entries. Early in his career, following his degree in economics and journalism, he served as research assistant to Ron Paul at his private foundation.

Jeffrey Tucker gave the Franz Čuhel Memorial Lecture at the Prague Conference on Political Economy in 2017, has been a two-time featured guest on John Stossel’s show, interviewed on Glenn Beck’s television show, spoken at Google headquarters, appeared frequently on Huffington Post Live and Russia Today, been the two-time Master of Ceremonies at Libertopia, been featured at FreedomFest and the International Students for Liberty Conference, the featured speaker at Liberty Forum three years, keynoted the Young Americans for Liberty national convention, has spoken at many dozens of colleges and universities in the U.S. and around the world including Harvard University and Boston University, has been quoted in the New York Times and Washington Post, appears regularly in Newsweek and many other popular venues, and is in constant demand as a headline speaker at libertarian, technology, and monetary conferences around the world.

His books are: Bourbon for Breakfast: Living Outside the Statist Quo (2010), It’s a Jetson’s World: Private Miracles and Public Crimes (2011), Beautiful Anarchy: How to Create Your Own Civilization in the Digital Age (2012), Freedom Is a Do-It-Yourself Project (2013), Sing Like a Catholic (2009), Right-Wing Collectivism (2017). Four of his books have been translated into many languages.

Jeffrey Tucker was a confirmed man of the American Right. Cutting his teeth on an early Ron Paul, helping to build the Ludwig von Mises Institute,
(LvMI) and generally engaging in Rothbardian mischief throughout the 90s and into the 00s, Tucker began a slow but unavoidable sea change. He didn't move Left, as some have accused dismissively. He became much more intellectually powerful. He embraced an unabridged anarchism, stateless utterly worldview. He began this evolution very publicly, curating what was the most engaging and interesting liberty-related website for many years, Mises.org (it retains much of Tucker's vision, but has since gone its own way). His books celebrated seemingly profane and banal subjects, such as shaving and hacking a shower head, replacing typical tomes written in the usual way about the usual subjects. By the present decade, he was free from LvMI altogether, and sought to rebuild Laissez Faire Books from the dead. He also jumped into the market, leaving pure theory behind to start Liberty.Me, a social media platform for the liberty space. All along, he further branched out, embracing cryptocurrencies and other new and excited innovations. He was often first to these adoptions, cluing-in a whole milieu. Roughly three years ago, Tucker began to express in essay form what he saw as a troubling phenomenon, Brutalism. It was his pushing blunt architectural forms into a metaphor for the civil war brewing in libertarian movements. He was challenged. He was called out. Lesser bulbs went after him, but Tucker left personal squabbles behind. When the Trump phenomenon and things AltRight ascended, it was Tucker who again was out early with heavy warnings. Well, now the AltRight is a force, just how much is debatable, in US politics, and AltRighters are for sure poaching from libertarian ranks. How did this happen? If the two are so very distinct, so utterly different, why is there this very obvious pipeline? Tucker explores the intellectual rationale and genesis of this 'new' fascism, old wine in new bottles. Read Tucker. I'd say heed Tucker, but that's the choice you're going to have make on your own. And I mean it.
5.0 out of 5 starsJeffrey Tucker is first and foremost a good person; second
ByPritchardon September 21, 2017
Format: Kindle Edition|Verified Purchase


Jeffrey Tucker is first and foremost a good person; second, a person of principle. This book is a wake up call and a kick in the a** for lovers of freedom and individuals. This book is a spoonful of that good stuff--reason. Tucker looks at the world of freedom and authority. He doesn't pull punches whether right or left authoritarianism. It just so happens the emperor with no clothes, and the base dressing him are righties. Get it, Tucker is addressing the Klan in the closet, the Nazi neighbor, the white pride putz because they're feeling vindicated by the 2016 election of a racist. The book points these events out, and shows how history is there, and how right-wing collectivism is nothing new--that it's been resting long enough that the townsfolk barely recognize it when it walks out of the woods.
After all the Trump apologism from certain folks at Mises, neo-Confederate Paleo-conservatives, and "Blood and Soil" dog whistlers, it is refreshing to pick up a book that challenges political power. Libertarians have a struggle on their hands, and Tucker has painted its picture, has made copies, and has nailed them to every freedom lovers front door. Read up.