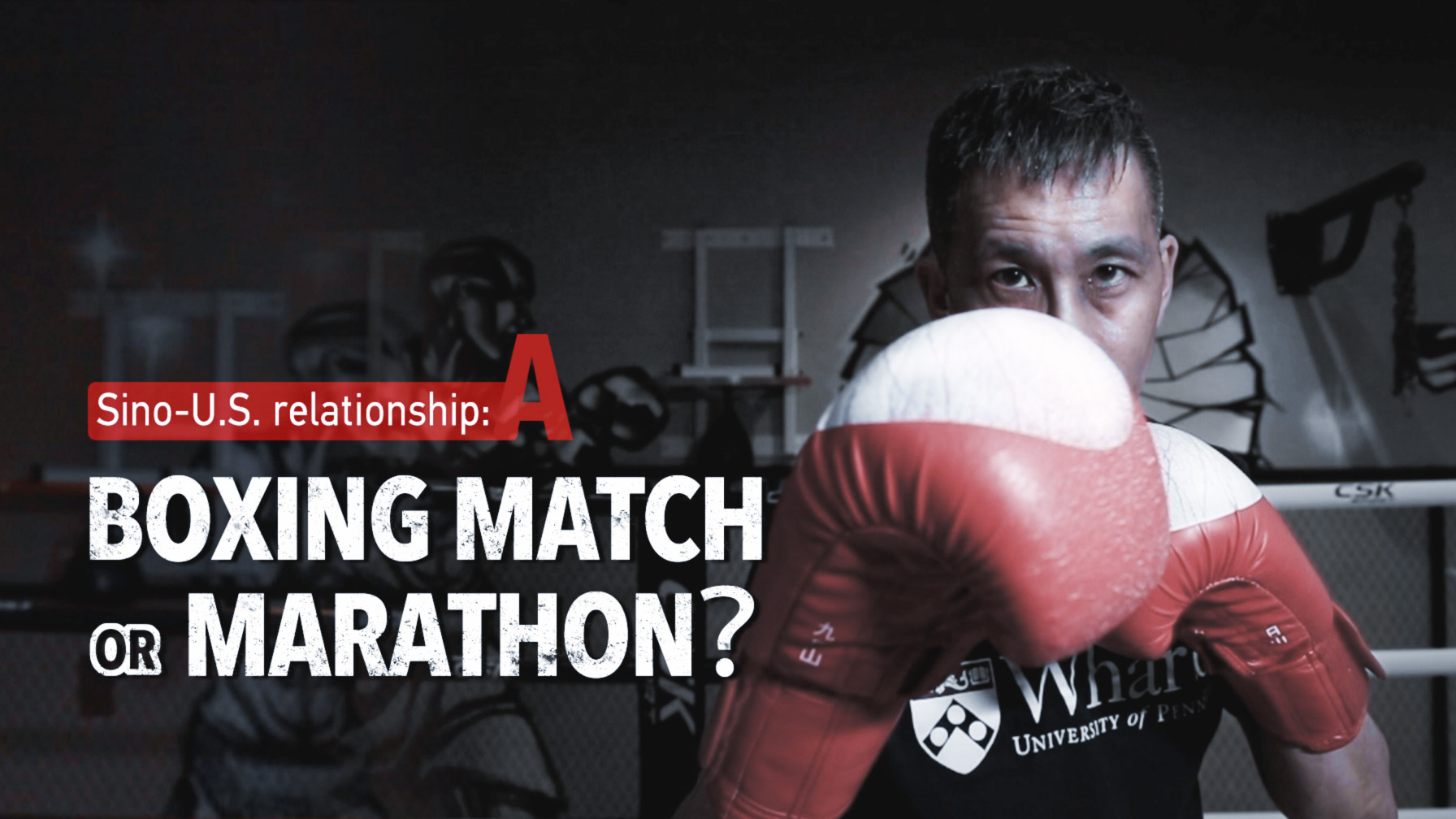 Editor's note: Andy Mok is a research fellow at the Center for China and Globalization. The video reflects the author's opinions, and not necessarily views of CGTN.

If the China-U.S. relationship were a competitive sport, what would that sport be?

A boxing match where each fighter tries to land powerful blows to knock his opponent out or wear him down so much that he collapses to the mat in utter exhaustion?

Many people say victory in boxing just requires you to be the last man standing at the end of the match. Winning requires not just the ability to slug it out and throw knockout punches, but to soak up as much punishment as possible.

While comparing the China-U.S. relationship to a sport risks oversimplifying a complex and important topic – one that already suffers too much from crude tropes based on ideological conceit as well as intellectual arrogance and laziness – there is some value to finding a good analogy.

Recently, the Brookings Institution released a report called "Preparing the United States for the Superpower Marathon with China." To run a marathon well requires enormous sacrifice, discipline, focus and stamina.

In its attacks against Chinese tech companies, the U.S. is thinking of its relationship with China as a boxing match. Every attack against a Huawei or Bytedance or Tencent is like a jab, hook or uppercut intended to knock out China or bring it to its knees. The U.S. hopes that by throwing and landing enough punches it will achieve what it thinks it wants.

But what it doesn't realize is that this bellicose mindset is hurting itself more than China.

The trade war has devastated the American agricultural sector. President Trump's political epitaph might be, "I killed the American farmer." Meanwhile, its ban on Huawei equipment has threatened internet connectivity and mobile coverage in rural areas. This puts American lives at risk since mobile telephony is the only means of contacting first responders in these sparsely populated areas.

While it's true that U.S. harassment has caused enormous difficulties for technology leaders like Huawei, looking to improve lives and businesses around the world by rolling out 5G, life is not a boxing match and there are long-term repercussions to such a pugilistic approach.

Perhaps by thinking of its relationship with China as a marathon instead of a boxing match, the U.S. can avoid ending up as a rogue and pariah state. By strengthening its own stamina and discipline and focus, the U.S. can become a more normal country and a more welcome member of the global community.

(If you want to contribute and have specific expertise, please contact us at opinions@cgtn.com.)