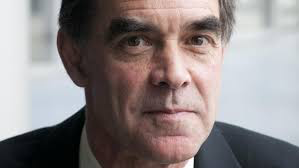 
The Harvard political science professor Samuel P. Huntington (1927-2008) was a leading theorist of the “third wave” of democratization. Some observers see his 1972 and 1974 visits to Brazil to advise the leaders of the authoritarian regime about “decompression”, or regime liberalization, as an important part of the third wave and the beginning of Brazil’s transition to democracy. This talk argues instead that Huntington’s commitment to democracy in this period was much weaker than most theorize. Elements of Huntington’s thinking revealed in his personal papers and in later publications remind us that commitments to democracy during the third wave were weaker than many believed, not only at the level of mass attitudes but also amongst intellectuals such as Huntington. This weakness has been revealed by the rise of nationalist-populist movements, politicians and discourse in many democracies in recent years
Postado por Paulo Roberto de Almeida às 10:09