Little else is requisite to carry a state to the highest degree of opulence from the lowest barbarism, but peace, easy taxes, and a tolerable administration of justice; all the rest being brought about by the natural course of things. All governments which thwart this natural course, which force things into another channel, or which endeavor to arrest the progress of society at a particular point, are unnatural, and to support themselves are obliged to be oppressive and tyrannical.

The man behind the Hong Kong miracle 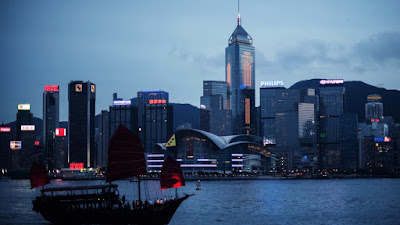 I have just finished reading Neil Monnery’s new book, Architect of Prosperity: Sir John Cowperthwaite and the Making of Hong Kong. This fascinating account of the rise of Hong Kong as a global economic powerhouse is well written and, as such, easy to read and understand. I’m happy to recommend it wholeheartedly to CapX’s discerning readership.
I first became interested in the story of Hong Kong in the late 1990s. The emotional handover of the colony from the United Kingdom to China, for example, is deeply impressed on my memory. But also, as part of my doctoral research at the University of St Andrews, I read a number of essays about the rise of Hong Kong written by the Nobel Prize-winning economist Milton Friedman. Friedman, an advocate of the free market and small government, believed that individuals, when left unmolested, will strive to improve their lives and those of their families. Prosperity will follow.
His was similar to Adam Smith’s insight:
“Little else is requisite to carry a state to the highest degree of opulence from the lowest barbarism, but peace, easy taxes, and a tolerable administration of justice; all the rest being brought about by the natural course of things. All governments which thwart this natural course, which force things into another channel, or which endeavor to arrest the progress of society at a particular point, are unnatural, and to support themselves are obliged to be oppressive and tyrannical.”
No country in modern history has come as close to Smith’s ideal as Hong Kong. The territory that the British Foreign Secretary Viscount Palmerston described as “a barren island with hardly a house upon it” was once very poor. In the immediate aftermath of World War II and Japanese occupation, its per capita income was about a third of that in the United Kingdom.
By the time British colonial rule ended, Hong Kong was 10 per cent richer than the mother country. Last year, the former colony was 37 per cent richer than the UK. It is, therefore, apposite that the man credited with Hong Kong’s success should be a Scottish civil servant, a University of St Andrews alumnus, and a devotee of Adam Smith: Sir John Cowperthwaite.
As Monnery explains, Cowperthwaite was not the first small government advocate to oversee the colony’s economy and finances. A succession of colonial governors and their financial secretaries ran a shoe string government. But, they did so out of financial necessity, rather than deep ideological commitment to small government.
As Financial Secretaries, Geoffrey Fellows (1945-1951) and Arthur Clarke (1951-1961) established a regime of low taxes and budgetary surpluses, and free flow of good and capital. To those foundations, Cowperthwaite (1961-1971) added not only the vigour of his convictions, but also a handpicked successor, Philip Haddon-Cave (1971-1981). By the time Haddon-Cave departed, the success of Hong Kong’s experiment with small government was undeniable not only to the British, but also to the Chinese. Margaret Thatcher embarked on her journey to dismantle British socialism in 1979, while Deng Xiaoping started undoing the damage caused by Chinese communism in 1978.

Get more from CapX

And that brings me to the most important reason why Cowperthwaite, rather than Fellows and Clarke, deserve to be credited with the rise of Hong Kong. Basically, he was the right man at the right place in the right time – the 1960s. It was all well and good to run a small government when the colony was still poor. By the 1960s, however, the colony was prospering and demands for higher government spending (as a proportion of GDP) were increasing. As an aside, the government’s nominal spending increased each year in tandem with economic growth. To make matters much worse, socialism, be it in its Soviet form (i.e., central planning) or in its more benign British form (state ownership of the commanding heights of the economy) was ascendant.
In fact, just before departing from Hong Kong, Clarke appears to have had a sudden crisis of confidence in the colony’s economic model, noting:
“We have, I think, come to a turning point in our financial history … There seem to be two courses we can follow. We can carry on as we are doing … Or we can do something to plan our economy … Which course should we adopt?”
Mercifully, Cowperthwaite was able to articulate the reasons for staying the course. In his early budget debates, he noted:
“I now come to the more general and far-reaching suggestion made by Mr Barton and Mr Knowles, that is, the need to plan our economic future and in particular, the desirability of a five-year plan. I would like to say a few words about some of the principles involved in the question of planning the overall economic development of the colony.
“I must, I am afraid, begin by expressing my deep-seated dislike and distrust of anything of this sort in Hong Kong. Official opposition to overall economic planning and planning controls has been characterised in a recent editorial as ‘Papa knows best.’ But it is precisely because Papa does not know best that I believe that Government should not presume to tell any businessman or industrialist what he should or should not do, far less what he may or may not do; and no matter how it may be dressed up that is what planning is.”
And:
“An economy can be planned, I will not say how effectively, when there unused resources and a finite, captive, domestic market, that is, when there is a possibility of control of both production and consumption, of both supply and demand. These are not our circumstances; control of these factors lies outside our borders. For us a multiplicity of individual decisions by businessmen and industrialists will still, I am convinced, produce a better and wiser result than a single decision by a Government or by a board with its inevitably limited knowledge of the myriad factors involved, and its inflexibility.

“Over a wide field of our economy it is still the better course to rely on the nineteenth century’s ‘hidden hand’ than to thrust clumsy bureaucratic fingers into its sensitive mechanism. In particular, we cannot afford to damage its mainspring, freedom of competitive enterprise.”
It is not clear whether Cowperthwaite ever read Friedrich Hayek’s 1945 essay, “The Use of Knowledge in Society”, which posits that allocation “of scarce resources requires knowledge dispersed among many people, with no individual or group of experts capable of acquiring it all”, or whether he came to the same conclusions as the Austrian Nobel Prize-winning economist on his own. But, even if he were consciously or sub-consciously influenced by Hayek, it speaks much of Cowperthwaite “the thinker” that he took Hayek’s insights to heart, unlike so many decision-makers around the world, who succumbed to the Siren calls of socialism.
And so it was with considerable amazement that, towards the end of my first year at St Andrews, I discovered Cowperthwaite and I were neighbours. His house on 25 South Street was a few hundred feet away from Deans Court, the University’s post-graduate student residence. I immediately wrote to him and he responded, asking me to come for tea. I spent a wonderful afternoon in his presence and kept in touch with him during my remaining time at St Andrews.
Last time I saw him, he came to the launch of the libertarian student magazine Catallaxy, which my friend, Alex Singleton, and I wrote together. As he took his leave, I saw him walk down Market Street and got a distinct feeling that it would be for the last time. Shortly after I graduated and moved to Washington. A new life and new job took precedence and St Andrews slowly receded down memory lane.
Neil Monnery’s book made those wonderful memories come alive again. His work has immortalised a man to whom so many owe so much. Architect of Prosperity is an economic and intellectual history. Above all, it is a tribute to a principled, self-effacing, consequential and deeply moral man. Monnery deserves our gratitude for writing it.
Marian Tupy is Editor of HumanProgress.org and a senior policy analyst at the Center for Global Liberty and Prosperity